Good old 2017 ended with a bang, with the Trump Administration making good on its promises to axe a controversial ruling that Dunkin’ and other franchise owners have argued undermines the very foundations of franchising.

The National Labor Relations Board has dumped the Obama-era joint-employer rule, which had sowed confusion and stirred fears of unionization in the quick service sector.

But with that out of the way, 2018 still promises even more challenges for which franchisees will need to watch out. There is a tight labor market and a continued push by activists around the country to tax sugary drinks. There are already new minimum wage and sick leave laws, several of which made their debut in states around the country on Jan. 1.

Well that was fast. Approaching the anniversary of its first year in office, the Trump Administration in December scuttled one of the Obama-era’s most controversial policies involving the quick service sector.

The National Labor Relations Board in mid-December voted to rescind its 2015 joint-employer ruling that put franchisors on the hook for a range of issues, from pay to hours, traditionally left up to franchise owners.

The NLRB’s ruling means franchisors like Dunkin’ Brands or McDonald’s can’t be held responsible for franchise employees unless they exert direct control over them. Under the now overturned rule, franchisors could have been on the hook even if the control was indirect, as long as certain conditions were met.

Critics argued the ruling unnecessarily muddied the waters and threatened to undermine the foundation of franchising.

The Trump Administration appointed two Republican members to the NLRB over the course of 2017 and enjoyed a 3-2 majority by the time the ruling came up for review.

According to a statement the NLRB published after the vote on Dec. 14, “In all future and pending cases, two or more entities will be deemed joint employers under the National Labor Relations Act if there is proof that one entity has exercised control over essential employment terms of another entity’s employees (rather than merely having reserved the right to exercise control) and has done so directly and immediately (rather than indirectly) in a manner that is not limited and routine.”

Scramble for H-2B summer visas already underway OK, 2018 is still young. But franchise owners and other businesses looking to bring in temporary workers under the H2-B visa program in time for summer need to act fast.

The US Citizenship and Immigration Services recently announced it had received enough applications to fill the 33,000 visa slots available during the first half of fiscal 2018.

The agency, part of the Department of Homeland Security, is now taking in applications for the 33,000 H2-B visas for the second half of the fiscal year, with start dates after March 30.

Seasonal and temporary workers from overseas have been in increasingly high demand as the economy has improved and the unemployment rate has fallen.

Faced with pressure from employers desperate for workers, the Department of Homeland Security last fall added an additional 15,000 H-2B visas.

It remains to be seen whether the Trump Administration will go beyond the 66,000 H-2B visas allotted for fiscal 2018, but Congress has authorized double that number. 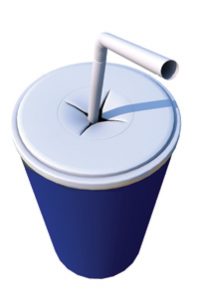 Seattle kicked off the New Year with a tax on soda and other sugary drinks.

While activists have argued that soda and other sugary beverages contribute to obesity, groups representing quick service franchises, small businesses and others say such taxes will hurt sales and kill jobs.

The new Seattle soda tax, in turn, is likely to be a harbinger of things to come in 2018, with battles over proposals to tax sugary beverages heating up across the country.

Support for soda taxes is on the rise in other parts of the country as well. As Arizona struggles to raise money for education, voters in this generally anti-tax state appear to be sweet on taxing soda. A recent poll found that 59 percent of voters in Arizona would be in favor of a .02 cent per ounce tax on soda if the money raised was dedicated to schools, the Arizona Republic reports.

State lawmakers in Phoenix are considering expanding Proposition 301, which adds a .6 cent sales tax and raises $600 million in education funding every year, and is set to expire in 2021.

Next door in New Mexico, a state senator wants to commission a study looking at the benefits of taxing sugary drinks. If the report comes up positive, Sen. Jerry Ortiz y Pino said he will draft legislation to extend the state sales tax on other items to soda.

Albany and Berkeley, two California cities – and Philadelphia – all now have soda taxes, while San Francisco, Oakland and Boulder have all passed legislation.

However, pushback is also growing. Voters in Santa Fe shot down a proposal last year to slap a surcharge on soda, while Cook County in Illinois, which includes Chicago, has just repealed its short-lived tax on soft drinks.

The minimum wage went up in 18 states on Jan. 1st. According to the Economic Policy institute, ten were the result of legislation or ballot campaigns, they are: Vermont, Rhode Island New York, Maine, Michigan, Arizona, California, Colorado and Hawaii.

The minimum wage has gone up in another eight due to built-in inflation adjusters, they include: South Dakota, Alaska, Minnesota, Florida, Montana, Missouri, Ohio, and New Jersey.

Sick leave is also spreading. With the New Year, Washington joined six other states and the District of Columbia that now require businesses to offer paid sick leave. New York has also upped the ante with its new law that will require employers to provide up to 12 weeks of paid family leave at 67 percent of the employee’s salary by 2021 when the mandate is fully phased in.

As we’ve seen, rules and regulations have a way of eating away at profit margins for small business owners. The soda tax, minimum wage and sick leave all bear watching, as does the patchwork of regulations popping up to protect consumer data and privacy in the wake of major incidents like the data breach at Equifax. Throughout the year, Independent Joe will continue to monitor the issues, rules and regulations that will impact how you operate your business and profit from it.