By Carl Lisa, Esq.Published August 26, 2013Category A Look at the Law 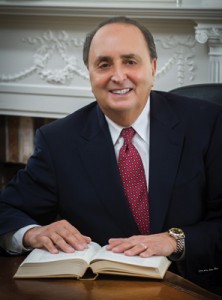 We took great notice of the recent news coverage that several 7-Eleven franchisees were among those indicted in a far-reaching case of immigrant exploitation. According to the New York Times, franchisees “recruited more than 50 illegal immigrants and gave them identities stolen from American citizens, including children and dead people. The employees worked for 100 hours a week but were paid for a fraction of that time, and were forced to live in substandard housing owned by the operators of the convenience stores.”

In a statement, 7-Eleven said it “will take aggressive actions to audit the employment status of all its franchisees’ employees. In addition to the criminal charges, the defendants will likely face termination charges by the franchisor. Franchisors invest huge sums of money to protect their brand image and are vigilant in enforcing activity which results in bad publicity for their brands.

The case is a cautionary tale for all Dunkin’ Donuts franchise owners and should prompt operators to review the various requirements imposed in their Franchise Agreements, such as those requiring maintenance of business records – including employee files containing social security numbers and tax withholding forms. As a general rule, franchisees must retain copies of state and federal tax returns for a period of 5 years and be prepared to produce these documents at the time of an audit. 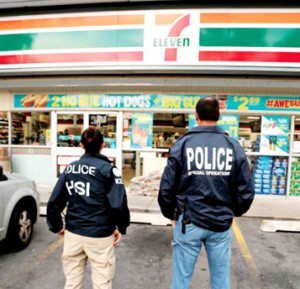 Photo from The Smithtown News

In announcing the 7-Eleven indictments, James T. Hayes, Jr., special agent in charge of the U.S. Immigration and Customs Enforcement’s Homeland Security Investigations division, said, “The franchise owners knowingly and repeatedly employed an illegal workforce and abused and exploited that workforce for more than 13 years.”

Dunkin’ Brands can terminate a Franchise Agreement if the franchisee pleads guilty or no contest to a felony (a crime that is punishable by 1 year in jail or a fine of more than $1,000.00), a crime of moral turpitude, an offense that is injurious to the System or the good will enjoyed by Dunkin’s proprietary marks, a fraud upon company or if you use the franchised business or premises for an unauthorized purpose. This is commonly considered non-curable conduct—meaning that no-notice or opportunity to cure is provided.

Several years ago Dunkin’ Brands introduced a standard requiring e verification of all prospective employees which is intended to prevent the kind of fraud allegedly perpetrated by the 7-Eleven franchisees. Nevertheless, the case is a reminder that all franchise owners, and their managers, must pay careful attention to employee hiring and management practices. Ignoring the details could cause disastrous consequences.