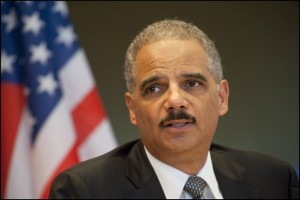 s if to buttress Judge Leon’s statement, lame-duck US Attorney General Eric Holder has expanded the definitions contained in Title VII of the Civil Rights Act of 1964 by including discrimination against transgender individuals as a violation of the federal law.  Technically, Holder reversed an earlier decision by the Department of Justice that Title VII prohibition against discriminating on the basis of sex did not cover individuals who claimed to have a gender identity crisis.