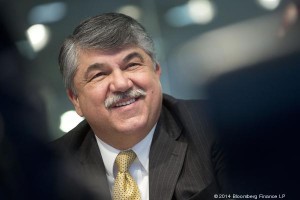 One day after their email ruling, the NLRB issued another doozy – this one, their final ruling on the “ambush” or “quickie” election, long sought by organized labor.  The new rule will effectively reduce, rather significantly, the amount of time an employer has to prepare for a union election.  The new rule provides that businesses will only have seven days after the NLRB authorizes a workplace election to raise any concerns, whereas the process previously could take months, during which time businesses could work to convince their employees that union representation might not be in their best interests.  The 700-page ruling issued Friday provides a broad array of further restrictions on employers and benefits to unionizing employees.  These include the new requirement of pre-election hearings within eight days of receipt of the election petition; requiring the employer to submit a “Statement of Position” within seven days of the petition; elimination of the current 25-day “grace period” between the hearing and the election; as well as a pre-election prohibition on all litigation over union eligibility issues.  The Coalition of Franchisee Associations (CFA) has produced a concise summary of the “ambush” rule and its impact available here.