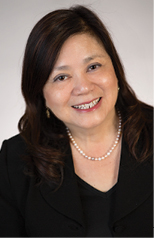 As a franchise broker in the San Francisco Bay area, Ellen Hui knows a thing or two about evaluating a good franchise opportunity. She helps potential buyers assess opportunities, get their financial house in order, and understand the big picture of different franchise organizations. She also provides business valuations for retiring franchise owners, helping them create an exit plan so when they are ready to sell emotionally, they also are ready financially.

So, when her son Ryan came to her shortly after he graduated from college and told her he wanted to run a franchise, she happily offered her assistance, not only with evaluating companies but with the business itself.

“I wasn’t surprised when Ryan expressed an interest in the franchise world,” she says. “He basically grew up in it.”

Hui first dipped her toe in franchising back in 1989 when she and her then-husband bought a Popeyes Louisiana Kitchen in Northern California.

And, although she grew in a family that was in the food business – at one time or another her parents owned a grocery store, ice cream store, restaurant and coffee shop – Hui had her sights set on the corporate world after college. She received her MBA in finance from Golden Gate University and landed a position with Levi Strauss & Co. and then Bank of America. But, as she told Multi-Unit Franchisee Magazine in 2007, she didn’t see her future in a corporate job tied to a salary and bonus. Her parents had given her a different perspective. “Their philosophy was that you have to have your own business to be self-sufficient, and that the harder you work, the greater the reward.”

Hui had been thinking about getting into the restaurant business and, as she tells the story, her coworkers at the bank had been eating lunch at the Popeyes down the street, and one day invited her to join them. It was her first time at experiencing the quick service restaurant and, after one bite, she was hooked.

She was thinking about finally having her own business, but wanted something unique. She asked herself, “What’s more unique than New Orleans fried chicken and biscuits?” Less than a year later, she and her business partner took over their first Popeyes location. Together they opened 11 more over the next 24 years.

Although Ryan grew up in the QSR industry, he wasn’t necessarily looking for a food concept. In fact, he wasn’t sure what he wanted to do and took some time to settle on an option.

“Actually, he initially wanted to start something from scratch, but mom said ‘no,’ knowing how difficult that would be,” Hui told us. “So, he began evaluating some options.”

Ryan looked at a lot of different brands, some of which were too old for his taste while others were too complex. And there were quite a few that didn’t resonate.

Finally, the pair landed on Dunkin,’ with a plan to start with one store in Sacramento and grow from there. Hui told us that Dunkin’ was attractive for many reasons. First, it’s a well-known brand with a national and international footprint, and while it’s is relatively new in Northern California, transplants from the East Coast know and love the brand.

It’s also asset-light. “It doesn’t have all of the major equipment that other restaurants have. It’s a system with a pared-down menu and a focus of service and quality. We like that,” Hui says.

Hui is familiar with Dunkin’ through her work as a franchise broker, mostly on the Baskin Robbins side. Over the years, she’s also met a number of Dunkin’ franchisees at various industry conferences. Before deciding to sign a franchise agreement, she did her homework, interviewing as many franchisees as possible. She liked what she heard.

“Although I knew a lot of folks from corporate, I also wanted to talk to the people in the trenches—the franchisees running their business every day,” she says. “They are the ones with the pearls of wisdom and helpful knowledge.”

Hui and her son are constructing a new building for drive-thru only service, but with a small patio for outside seating. They are excited, yet their enthusiasm has been dampened by delays. Aside from the pandemic, a neighboring business owner has made it difficult for them to secure their building permit and conditional use permit by questioning the shop’s impact on local traffic patterns.

“Initially, we were scheduled to open in 2019 but this particular business created many challenges that the landlord has had to address. Hopefully, soon, though, we’ll get through it so we can continue to trudge forward,” Hui told us.

Despite the roadblocks, Hui is optimistic and happy with their decision to do a drive-thru only location.

“The timing could not have been better,” she says. “Before the pandemic, people might have looked at me weird for opening a drive-thru only location, but now, it’s all people want.” 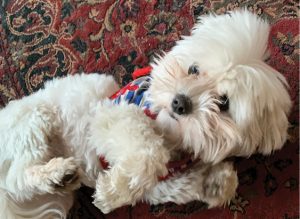 All in the Family

Ryan isn’t Hui’s only child to follow in her footsteps. Her two other children also have started their careers in the restaurant business; her daughter, Nicole, works at National Franchise Sales, and her son, Derek, is running seven Popeyes restaurants with his dad.

When asked about working with Ryan, Hui says she is looking forward to it, but admits she’ll be very hands-off. While he is in charge of operations, hiring and “boots-on-the-ground” stuff, Hui will take care of all the financials.

“I’ll also be watching the cameras,” she says with a laugh. “I’m too old to delve back into operations, so having Ryan take care of all of that is just fine by me.”

After 24 years with Popeyes, she knows that her experience – as well as brokering the sale of existing franchises – has given her a wealth of knowledge about franchise systems that she will apply to this endeavor.

For example, while she likes the tried-and-true formula franchises provide, she also appreciates the ability to sprinkle in her own ideas when it makes sense.

Hui also understands the value of relationships between the franchisor and franchisees, a lesson she learned while serving on brand advisory committees at Popeyes.

Still, Hui concedes there’s always opportunities to learn every day, “and that’s what I intend to do with Dunkin’.”

When not officially working, Hui likes to spend her time learning, helping and cooking. She keeps up with the news, reading the Wall Street Journal and the New York Times daily, and mentoring others in the food business.

“I think it’s important to give back, and one way I do is to help my mentees with their business plans, answer financing questions and assist with any other issues they might encounter as they set up,” she says.

And then, there are her dogs. Hui calls herself a dog person and loves helping rescue dogs. In fact, she recently adopted Ziggy, a three-year-old Maltese.

“He’s not the best behaved dog, which is why I’m his third owner in one-and-a-half years,” she says. “But he did spend some time in school shortly after I got him, and he’s getting better every day. He’s found his forever home with me.”

Aside from Ziggy, Hui has a rescued a Jack Russel Terrier; Ryan has his own rescued mutt.

As a Dunkin’ franchisee, Hui plans to help support rescue efforts through her business. “We’ll be doing fundraisers to help give back to local rescue organizations,” she told us. That is, once they open.

Having grown up in the customer service business, and learned her lessons owning different QSRs, Hui says she and Ryan are ready to start selling coffee and snacks to Dunkin’ lovers in Northern California.

“I’ve always been impressed with Dunkin,’ and I’m really pleased that all of the pieces fell into place despite the issues and setbacks with our building,” she says. “Ryan and I are really excited, and anticipate opening in 2021.”