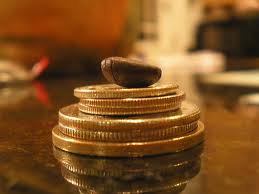 Melissa Allison reports in The Seattle Times that coffee prices have been high this year, largely because there is barely enough supply to meet demand.

Starbucks CEO Howard Schultz, whose company buys a lot of coffee and derivatives to hedge against rising coffee prices, recently blamed the high prices on speculators. “There is zero, let me repeat, zero shortage of coffee and there is no demand problem,” he said.

Analysts at VM Group, part of the Dutch bank ABN Amro, called him on it.

“It is not speculators, or at least not speculators alone” causing the price of New York arabica beans to rise 50 percent over the past six months, VM Group said, according to a story by AgriMoney.com.

“Prices over the next decade look like rising steadily… demand over the long term looks like easily outstripping supply in both arabica and robusta [beans],” VM Group said, adding that it would “prefer trusting the judgement of a coffee traded rather than a coffee retailer.”

What do you think is causing Coffee Prices to rise?

Will coffee prices continue to rise?