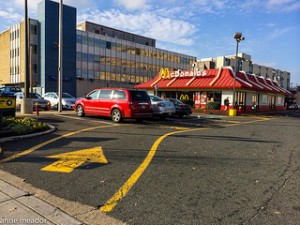 Hot on the heels of the ruling by the NLRB General Counsel that McDonald’s is a “joint-employer” with its franchisees for purposes of employment law compliance, President Obama seemed to open up another front against businesses when he signed the Fair Pay and Safe Workplaces Executive Order this week.  Ostensibly, the Executive Order seeks to ensure that companies contracting with the federal government comply with all labor laws (the Fair Labor Standards Act in particular).  In reality, it implements new regulations requiring that companies disclose all labor violations over the past three years and empowers federal bureaucrats as “compliance advisors” to oversee decisions about which applicant companies are awarded the contract.  Among its provisions, the order prohibits certain pre-dispute arbitration agreements with employees and requires that contractor companies provide additional quarterly reports concerning hours worked, overtime, pay and additional information “so workers can be sure they’re getting paid what they’re owed.”  As these requirements are being implemented as an Executive Order, the full ramifications have not been publicly vetted – similar to the labor cost increase on military bases mandated by Executive Order a few months back!