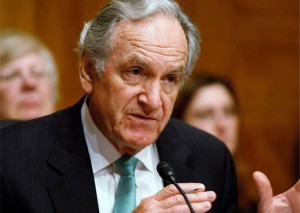 Last week, we mentioned the old adage that the “wheels of government turn slowly”, but this week, we can see how quickly they can turn in lame duck sessions.  To set the context, remember that the new Senate to be seated in January will be controlled by the GOP; remember also that appointments to many of the federal agencies and boards require US Senate confirmation; and now consider those appointees whose current terms are expiring sometime between now and when the new Senate is seated.  A case in point is the confirmation of labor attorney Lauren McFerran, who was nominated by President Obama to a seat on the National Labor Relations Board – the seat currently held by Nancy Shiffer, whose term ends next Tuesday, December 16.  With an efficiency rarely seen in government circles, the lame duck democratic-controlled Senate swiftly moved the McFerran nomination out of the Senate Committee on Health Education Labor & Pensions (HELP) on a party line vote of 12 – 10 last week and pushed it through the full Senate, again on a party-line vote, earlier this week.  The confirmation ensures that the NLRB will maintain its pro-labor stance along with a 3 – 2 democratic edge.  McFerran formerly worked for HELP Chairman Tom Harkin (D-Iowa).  We would expect the litany of pro-labor decisions by the NLRB to continue for the foreseeable future under the current Board composition.