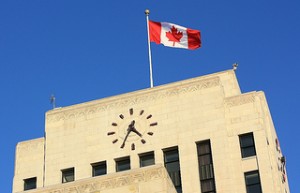 Speaking of legal actions and by way of update, Dunkin’ Brands Canada LTD’s appeal of a $16.4 Million damage award in the Canadian  province of Quebec is still pending.  The case involved a suit brought by 21 Dunkin franchisees in Quebec who successfully argued that Dunkin’ was liable for the franchisees’ losses and had breached the franchise agreement by not protecting and enhancing the brand in the face of a significant battle for market share with Canadian firm Tim Horton’s.  Over the time of the suit, Dunkin locations in Quebec dropped from 210 to 13!  While the appeal is still pending, six other franchisees have initiated a separate lawsuit alleges the same breach covering the years 2008 through 2012.  You can read the summary here.