The Coffee Café Bakery. It’s a charming, almost quaint, name that belies the state-of-the-art project it represents – a $10 million, highly automated, Centralized Manufacturing Location (CML) being developed in metro Atlanta, and scheduled to open late this year. The Coffee Café Bakery is a subsidiary of a Chunara Food Group (CFG) and ZSC Enterprises partnership, and the brainchild of four franchisees taking a strategic and innovative approach to building a better production facility.

CFG and ZSC Enterprises control close to 50 Dunkin’ franchises in the Atlanta area. About a year ago, they began to think about partnering in a CML that could serve not only their restaurants, but other Dunkin’ shops in the wider Atlanta market in the wider Atlanta market as well. “We wanted to assemble a strong team to take on such a big project,” says Shams Charania, chief people officer for ZSC Enterprises. “We’ve worked together for years and we have an excellent working relationship.”

Zain Veerani is proof of that. His very first job with Dunkin’ was working for Charania. Now he is an operating partner with the Chunara Group of Companies and the Coffee Café Bakery team, where he will oversee the day to day operations. “Everybody brings their own unique experience to the table. None of us have ever done a project like this before, so partnering was an important first step because everybody plays an important role.”

They set a goal to build a facility that will produce the highest quality donuts, as efficiently as possible, and at the lowest sustainable cost. To achieve that, they are getting as close to full automation as possible, and in the process, re-imagining the typical CML blueprint. While their facility won’t be the largest of the nearly 100 CML’s nationwide, it will be one of the most fully automated in the country. The partners believe it is also one that will be modeled by other franchisees for years to come.

Like most commercial ventures, a primary concern was location, location, location. In this case, a largely industrial neighborhood in Fulton County, just northwest of Hartsfield-Jackson Atlanta International Airport. The spot is strategic, positioning them to reach as many stores as possible within the drive time allocated by the brand. “We would jump in the car and crisscross the city to check out every place we could get to,” says Barkat Colabawala, operating partner and chief operating officer at ZSC Enterprises. On one of those drives, they discovered a 31,150 square-foot former food packaging facility sitting empty. “I wish this space was about 10 thousand feet bigger,” said Colabawala. “But we realized there was nothing out there that would even come close to what we have here.”

As it turns out, the building’s smaller size actually helped the team reach their efficiency and automation goal, according to Ali Chunara, managing partner and president of Chunara Group of Companies. “We have less space to work with, so we’re utilizing every square foot much more efficiently than anyone else in the Dunkin’ system,” says Chunara. “We’re maximizing the space and going towards full automation.”

“We are very proud of that,” adds Colabawala, who will oversee the day to day operations with Veerani. “It was a tall order for us to work with because of the given size of the facility. The only way we could build efficiency and productivity from the size that we had was to go automated.”

But, that was easier said than done. When the team first started looking at potential equipment that would work within the space, they learned very little of it was currently being used within the Dunkin’ community.

“For a lot of this, we had to go through our own due diligence,” says Colabawala. “We had the Dunkin’ manufacturing team on board, we had numerous phone calls, conference calls, zoom calls, you name it. We talked to vendors here and internationally. We reached out in every direction to find out what was out there that was going to give us what we are trying to achieve. We were like sponges, trying to soak in all the information.” 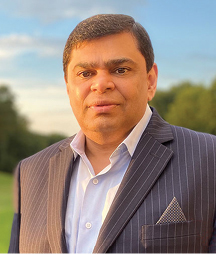 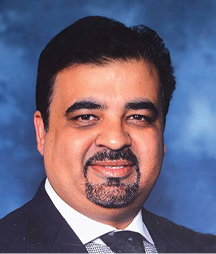 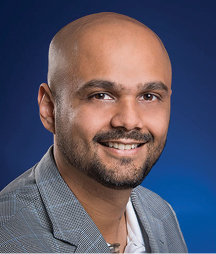 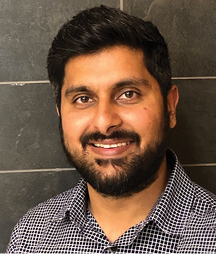 With the support of the Dunkin’ manufacturing team, they came up with an approved line-up of equipment, and invested another $2 million to get it, some of it shipped in from the Netherlands.

When they open their doors at the end of this year, they plan to serve approximately 70 stores immediately, and scale it to 150 stores over two years. From raw materials to the finished product, there will be very little human touch on this high-tech line, and a production capacity of 18,000 dozen donuts per night.

“Dunkin’ has been onboard and really great to work with,” says Veerani. “At first, they were understandably cautious because the direction we were going in was nearly all automated, so many of the vendors were new. But they were very supportive and a great resource because of their experience.” The team also reached out to fellow franchisees to learn what was working and what could be improved in existing facilities.

Despite the extra effort involved, Verrani and Colabawala can’t hide their enthusiasm for the process and the high-tech production line. “Starting from the mixer, to the sheeter, to the proofer, going to the fryer and the conveyor belts, the spiral cooler, all of it. It just brings a different level of technology to the production and gives us an edge over other CML’s,” says Colabawala.

Charania, who currently manages a smaller kitchen in Atlanta, echoes their excitement. “I oversee production and I enjoy it. The next step, for me, was to do it on a bigger scale and improve the quality of the product with the latest and greatest equipment. That’s exactly what we’re doing here.”

The partners believe they’ve laid the groundwork that other franchisees can build upon, even in existing facilities. “Other franchisees are looking at this and they might not change everything on their line, but maybe be able to switch out a piece of equipment and get that efficiency built into it. There’s value in that,” says Colabawala. “We feel fortunate to be able to bring what we’ve learned to the wider community.”

Veerani calls it a slam dunk, not only for this project, but for the brand. “I think once we’re open, this is going to be the CML that everyone will want to model at least for the next 10 years, then maybe after that the technology will change. But for the next decade, we’re going to be one of the best in the country and we’re excited and proud about that.”

At the same time, Coffee Café Bakery is creating jobs and opportunity in Atlanta. The facility is located in one of Georgia’s Federal Qualified Opportunity Zones, which are economically distressed communities where private companies who invest may be eligible for tax incentives.

The food industry is a driving force in Georgia’s economy, so state and city agencies, including the Georgia Department of Economic Development (GDEcD) worked closely with the partners to bring this project to fruition. “It has been a pleasure working with ZSC Enterprises and Chunara Food Group on this expansion project in one of our key industries that has seen a great deal of growth in Georgia during recent months,” says Scott McMurray, deputy commissioner for global commerce at the GDEcD. “By opening a state-of-the-art facility in one of the state’s Federal Opportunity Zones and creating up to 70 new jobs for the local community, ZSC Enterprises and Chunara Food Group are helping create even more promise for continued growth and success in southeast Atlanta.”

Invest Atlanta, the city’s economic development authority and the Metro Atlanta Chamber also partnered to help bring the project to this neighborhood. “It’s been a great process, a real collaborative opportunity,” says Chunara. “The state of Georgia gave us a tax incentive over four years. We’re also applying for a federal government grant and InvestAtlanta showed us how to pursue additional tax benefits by hiring folks from high unemployment, low wage areas.”

The facility will recruit workers from WorkSource Atlanta, a city agency that provides education and job training skills for residents. There will be a wide range of positions available, including a Plant Manager, a Mechanical/IT Manager and other managers to oversee client relations, production, transportation and sanitization. “There’s always an opportunity for growth and that’s part of any project we do,” says Chunara. “There’s going to be a lot of that going on with this project which allows people to move up in the company, and we’re excited about that.”

Creating that opportunity for continued growth is a matter of pride for these four partners, all of whom started in the QSR industry as hourly employees. “From a business perspective, of course it is great that Georgia and the city of Atlanta are helping and understand the kind of investment this is,” says Veerani. “But, personally, the important thing for us is that we are bringing jobs that are needed to the city. We’re very appreciative that we have created an environment where we can give back.”