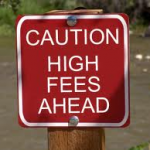 Why Debit Card Fees are Higher Than Ever

In 2010, franchisees won a long, hard-fought battle against the finance industry, as Congress passed a bill which would regulate the exorbitant debit card fees that were being set by credit card companies and banks.Today, it appears that the battle has just begun. Some unintended consequences began to take shape in late June 2011, when…

With Congress back at work, several of the CFA’s key legislative issues are being hotly debated on the Hill. In true Washington style, however, and even on the rare occasion that all parties agree, certain issues remain on the table.

While Congress is attempting to wrap up its Lame Duck session, important issues remain on the table. With only a handful of days left on the 111th congress’ calendar, expiring provisions and impending mandates continue to remain unresolved. Please be aware of the following issues affecting franchisees across the country.