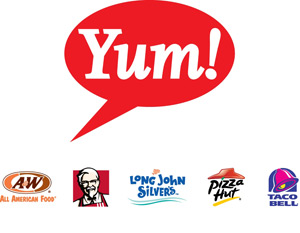 Food Business News Reports: Pressure from Avian flu and the December poultry supply incident in China contributed to a 15% decline in income at Yum! Brands, Inc. during the second quarter.

“Second-quarter e.p.s. declined 16%, which was generally in line with our expectations,” said David C. Novak, chairman and chief executive officer. “KFC sales and profits in China were significantly impacted by intense media surrounding Avian flu as well as the residual effect of the December poultry supply incident. The good news is that China sales are recovering as expected. The extensive media surrounding Avian flu in China has subsided and same-store sales at KFC are clearly improving.

“I’m pleased with the very strong performance at Pizza Hut casual dining, which delivered solid same-store sales growth as we continue to open new units at a record pace. For the total China Division, we remain on track to open at least 700 new units this year. This means we will have opened about 1,600 units over a two-year period. As KFC sales continue to recover, we expect to have solid momentum in China heading into 2014.”

The United States Division posted operating profit of $173 million, up 4% from $166 million during the same quarter of the previous year. The division had sales of $510 million, down 19% from $630 million.