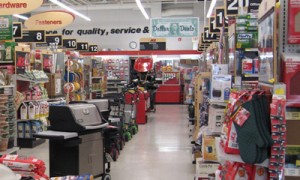 The case of Avon Hardware, et al v. Ace Hardware is an Illinois lawsuit that has been appealed to the Illinois Supreme court. The case stems from a disclaimer in the Ace Hardware Franchise Agreement that states that the franchisee couldn’t rely on anything outside the franchise agreement. In considering the purchase of a franchise, the plaintiffs were presented with earnings claims that were not accurate. Because of the disclaimer, the lower court dismissed the case, essentially finding for the franchisor. Plaintiffs have appealed the decision to the highest court in Illinois.

As a national organization representing the interests of franchisees throughout the country, the Coalition of Franchisee Association (CFA), of which DDIFO is a founding member, sees this case as an exceedingly important one and with the support of DDIFO has filed an amicus curiae brief in the case. This amicus is another example of the value of our membership in the CFA and more parochially, the inherent value of DDIFO as a representative of DD franchisee interests.

In this particular case, the argument on appeal, like the recent winning arguments in LJS/A&W vs. Nickelsen in Kentucky, and Hanley v. Doctor’s Express in MD, (both decided this year), is that a franchise protection statute cannot be waived by a disclaimer. The CFA has done a great job promoting fair franchising legislation across the country, but those efforts will have minimal impact if franchise agreements can continue to disclaim state protections.

You can read the full Amicus and the accompanying filings here.