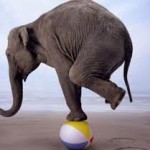 But such outcomes needn’t occur. When franchisees and franchisors communicate clearly, consistently and work toward goals that benefit both, disagreements are manageable and sometimes meaningful.

“When conflicts arise, people on both sides have to put their egos aside,” said Frank Barnard, southeast operating partner for Dallas-based Genghis Grill. “Good franchisors know they don’t have all the answers … and a good franchisee—even if he’s grown to 100 units—can’t let his ego get in the way of rationality. It takes compromise.”

While disputes between franchise partners arise from myriad reasons such as egregious markups on food sales or encroachment issues, operators most often pointed to poor communication as a common root cause.