By Carl Lisa, Esq.Published May 6, 2013Category A Look at the Law 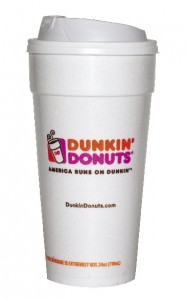 Last year with much fanfare, the City of New York, through its Board of Health, called for a ban on the sale of sugary drinks over 16 ounces, in restaurants, concessions and other eating establishments. Such sale was not banned in supermarkets.

Advocates, led by Mayor Michael Bloomberg, claimed that the ban was necessary to curb obesity and related, chronic diseases and banning such sales was not only the responsibility of government, but was lawful under its authority to regulate food. Opponents argued that the ban was wrong on two counts. Firstly, the Board of Health exceeded its legal authority in passing such a regulation—the board having no legislative jurisdiction. If such a ban is legal, they continued, it would have to be enacted by the state legislature. Secondly, they claimed selecting a ban on restaurants and eateries, while eliminating other sources of sale from such a restriction—grocery stores, convenience stores and drug stores—was arbitrary, thus the ban should be reversed.

The lawsuit was brought by a coalition of restaurant groups, including the American Beverage Association, which will probably attack similar laws elsewhere.

In his decision, State Supreme Court Judge Milton Tingling ruled that the ban should be struck down. He ruled that the New York City Board of Health lacked the jurisdiction to enact such a ban unless a showing of imminent danger due to disease was made, citing an earlier case involving an indoor smoking ban. [Boreli v Axelrod 71 N.Y.2d 1987]

Additionally, he added, the regulation was arbitrary, in that it excluded other places of sale such as drug stores and supermarkets, etc. resulting in unequal enforcement among neighboring businesses.

He further concluded that the regulation violated the separation of powers doctrine in that the Board of Health attempted to exercise legislative powers it did not possess. In so doing he recited the long history of the City’s charter harkening back to 1686, under King James of England.

Similar bans have been, and are, being proposed in other areas. State laws which limit the extent municipalities can act may come into play. Additionally, the federal government has authority under the Federal Food and Drug Act to regulate food. It is likely that similar bans would be written, enacted and enforced on a municipal level—by town or city councils, or by state legislatures.

Ultimately, the final decision on New York City’s “soda ban” will be made by the courts and this battle is likely far from over.

Carl B. Lisa is a principal of the firm Lisa & Sousa, Ltd. and serves as General Counsel for DDIFO.