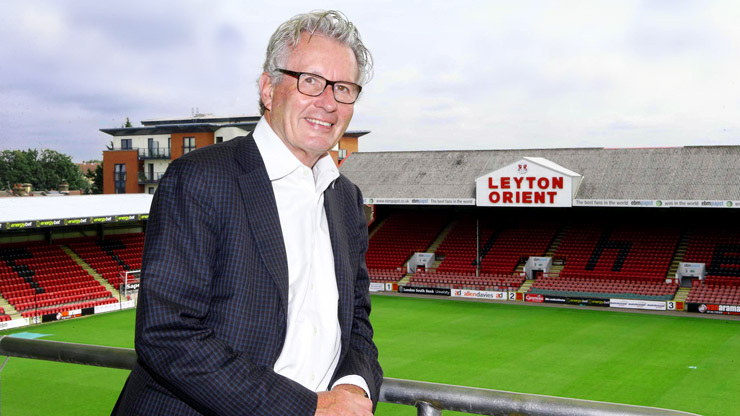 Nigel Travis gets an A- for his successful tenure as Dunkin’ CEO.

That seems to be the agreement among analysts and a conclusion reached after reading news reports and industry updates.

While not a perfect grade, Travis’s near decade-long tenure had successful benchmarks, such as bringing the company public and increasing the domestic and international scope of its brands. It should also be noted that Travis, a 68 year-old native of East-London, allocated ample time to grooming David Hoffman as his successor.

“For the most part, I would give Travis a satisfactory grade for building profitable growth, keeping the focus on higher margin beverages, and listening to franchisees’ concerns,” says Stephen Anderson, a research analyst at Maxim Group, who focuses on the restaurant and consumer sector.

Travis’s report card is marred by slow international growth – even he told Forbes three years ago that “we haven’t always gotten things right internationally” – and some litigation and personnel issues that he inherited when he came on board in 2009. But Dunkin’ entered 25 international markets and added almost 6,000 restaurants globally under Travis, with approximately 11,701 locations in the U.S. and 8,819 abroad. The outgoing CEO also drove growth by expanding its consumer packaged goods business, capitalizing on cross-marketing opportunities by selling Dunkin’ K-cups, as well as bottled drinks, packaged coffee, and creamers in grocery stores. Hoffman, a veteran of McDonald’s Corporation, applauded his predecessor for helping yield strong shareholder returns and positioning the company for long-term growth. But what marks would you give Travis for his stewardship of Dunkin’? We look at the company’s performance in four significant categories: 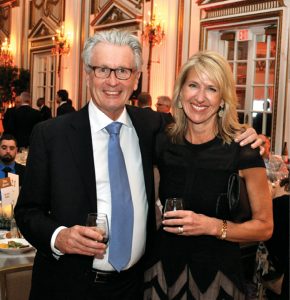 If the price of DNKN stock is a barometer for the company’s health, it’s looking quite fit. It was Travis’s task to get Dunkin’ Brands prepared for the 2011 initial public offering—an event NASDAQ celebrated by unofficially changing its name on that day to “NASDDAQ,” with the trademark pink and orange Ds on their Times Square sign and on the exchange’s website. The IPO was successful, with the stock price soaring from $17 to hovering around $70 dollars today – “a nice run up,” according to John Gordon, DDIFO’s restaurant analyst and the founder of Pacific Management Consulting Group.

Investors like Dunkin’s “asset light” concept, which means lower costs and higher returns. Unlike many quick service entities, 100 percent of the Dunkin’s are franchised. The real measure of success for franchisees, however, is whether they are growing, making a return on investment and are profitable – and by those benchmarks, Travis has also been successful, says Gordon. “All these measures are better today than they were when Travis came on board.”

Using same store sales as a metric for success – evaluating the total dollar amount of sales in a company’s retail stores – is an important measure of driving corporate revenue for analysts like Gordon and Anderson. If charted on a graph, same-store sales growth at Dunkin’s looks like a roller coaster, with steady growth initially, negative growth when the recession hit, and some highs scattered in. Dunkin’ has been affected by market saturation – too many stores at one point – and a dramatic weakness in afternoon coffee sales. Faced with stagnating same store sales and slower foot traffic, Travis, like many restaurant executives, deployed the strategies of menu innovation, technology, and aggressive promotions to reverse the decline.

While Anderson, the Maxim Group analyst, says that slumping afternoon beverage sales has been a challenge for Starbucks and others in the industry as well, Travis “took a page from McDonald’s playbook and went for smarter discounting to try to build traffic, as well as slimming down the menu with a focus on specialty beverages.” Part of the menu shift – dropping slower selling lunch items – can be blamed for declining same store sales but that was built into the sales forecast. Anderson expects once this adjustment is made, more sustained sales growth will occur with higher volume breakfast sales. Plus, he believes, “Travis set a course toward using technology to build sales,” with the successful rollout of the Dunkin’ app and its On-the-Go ordering platform.

Dunkin’ founder Bill Rosenberg prided himself on treating franchisees like “family.” But over the years, franchisor and franchisee interests have diverged; it’s the main reason why DDIFO was formed in 1989. And, while brand leadership has not always officially recognized the Dunkin’ Donuts Independent Franchisee Owners association, company chiefs have been judged by how they incorporate franchisee interests into their decision-making. At the time Travis took over, Dunkin’ Brands was reeling from a significant loss of trust its franchisees had for members of the executive team—a result of the brand’s overzealous lawsuits against shop owners.

“Travis changed the culture of the company to become more franchisee friendly; very early on, he expressed that franchisee economics needed to be supported, a tone that was missing before he came on board,” says Gordon.

So when Travis entered the consumer packaged goods space as a sales driver – including K-cups and bottled beverages – a conflict arose because franchisees who were selling K-cups in their stores would be forced to compete with big-box stores and supermarkets that were now stocking Dunkin’-branded K-cups on their shelves. Instead of a money-grab at the expense of franchisees however, Travis made a promise to the franchisees that Dunkin’ Brands would split the K-cup profits 50-50. He kept the promise and it has proved to be profitable. Dunkin’ and Baskin Robbins products delivered more than $400 million in retail sales this year.

“This is one of the few places in the franchisee world where the franchisee was given a split of another profit stream that the franchisor realized,” says Gordon. And Travis’ focus on franchise profitability is rare among franchise operators, Anderson pointed out, observing that on quarterly conference calls with the Wall Street community, Travis frequently said that the key to building a long-term relationship with franchisees is ensuring their profitability.

Eight years ago, Travis announced his vision to expand Dunkin’ Donuts in the Southeastern U.S. as well as internationally, with China being a major focus. As he moves to the role of executive chairman, leaving Hoffman with store-centric interests, Travis will be able to figure out how to optimize the Dunkin’ brand internationally, where business has been flat. As he told the trade magazine Baking Business in 2015, “As for our international businesses, I feel we are making real progress with these segments but make no mistake, it is tough…

“In my experience, this is typical in an international turnaround. We’re going to have hits and misses along the way, and the world economies are highly fluid, and at any given time you can have regions where macro factors are significantly challenging the business despite your plans for the market,” Travis said at the time.

Gordon agrees that it takes a while to take what had been a regional brand and expand it to the rest of the country and beyond. “There’s more work to be done, especially internationally. [That is] the chief development area for Dunkin’,” says Gordon, who believes the presence of Dunkin’-branded products in the consumer packaged goods space helps to strengthen brand awareness in new markets. Some stores in emerging markets are doing well while others are taking longer to find the right beverage-food mix and build a base of loyal customers, but Travis is credited with giving Hoffman a road map to follow as the brand continues to seek strongholds in West Coast markets that will ultimately offer higher returns.

It appears that Travis, the Brit who took on the doughnut and ice cream sphere in the U.S., deserves a satisfactory grade for building profitable growth, keeping focus on higher margin beverages and listening to franchisee’s concerns. Hoffman spelled it out in a company press release this way: “Thanks to Nigel, our franchisees around the world have flourished; our asset-light model has yielded strong shareholder returns; and we are well-positioned for long-term growth. We have a strong legacy and an even more exciting future together.”

How the future turns out is exactly the metric by which Hoffman will be judged when his tenure as CEO of “America’s favorite all-day, everyday stop for coffee and baked goods” is over. Franchisees are hoping he is celebrated in much the same way Travis has been.