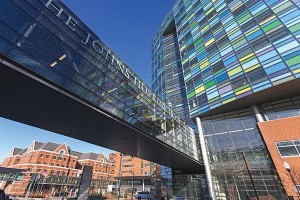 In more news that will likely further erode support for the Obama Care mandates, it was reported this week in the Baltimore Business Journal, that a number of health insurance plans offered in response to the mandates of the Affordable Care Act will not cover any services provided by some of the premier hospital facilities such as John Hopkins Hospital in Baltimore.  This would seem to validate the contention, heard frequently during the debate over Obama Care, that the quality of American health care under the Affordable Care Act would suffer if the law was allowed to take effect.  With Congress now firmly in Republican hands, and a significant legal challenge to the constitutionality of the law still pending before the United States Supreme Court, there may be more changes yet to come!