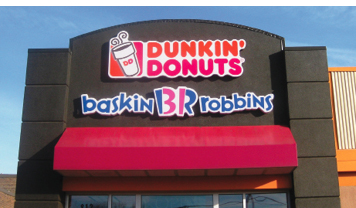 When Aziz Hashim’s family left London and moved to California, he found work at his uncle’s Burger King Restaurant and was immediately immersed in the franchise world. The job helped him pay for college. After graduating and landing a position as an electrical engineer, Hashim thought his days spent in the retail franchise business were long gone.

“I made it 90 days as an electrical engineer, and I knew it wasn’t for me, so I quit,” says Hashim. The entrepreneurial spirit of franchising kept calling him, and Hashim took a loan from his parents to purchase and sell an auto parts business. With the proceeds from that, he built his first KFC in Atlanta in 1996.

“I was very in tune with the QSR industry and felt that I had a better chance at success pursing that than sticking it out as an electrical engineer. The tough part was figuring out where I would have the best chance since LA was very expensive. I decided to go with Atlanta,” notes Hashim.

Hashim says he didn’t think beyond owning one KFC. “I was just focusing on making one work,” but he says, after establishing his first KFC, he began thinking about more. “I expanded one at a time and as the enterprise got bigger and the availability of financing became easier then I was able to open more than one in the area and eventually was able to acquire other brands, as well.” 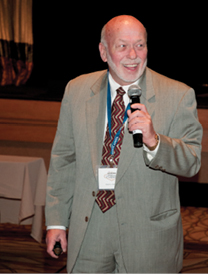 Robert J. Hoffman has experience as a franchisor and as a franchisee. He delivered the closing keynote address at the DDIFO National Conference in Las Vegas

Since then, Hashim has owned 14 different brands (including Taco Bell, Subway, and Pizza Hut) and at his peak operated 70 units. His success didn’t happen by chance though, and the more he owned, the better he became at choosing brands and running them successfully.

Some franchisees choose to invest in another franchise system because they can’t expand within their current brand, or because they want to increase their earnings potential; some see it as a way to spread their financial risk. Whatever the case, there are several issues to consider before making the move.

Some franchisors naturally worry that a franchisee who takes on other brands without establishing a strong operational infrastructure could spread himself too thin. Hashim agrees.

“There are complexities of running different brands. It’s difficult enough to run a Dunkin’ Donuts, so you can’t afford to lose your focus on what you’re doing.”

That’s a consideration Bryce Bares also shares. Bares opened his first Dunkin’ shop outside Omaha, Nebraska in May 2013, and has quickly expanded his footprint in the market to four stores. He’s looking into other franchise concepts, but doesn’t want to jeopardize the growth of his Dunkin’ Donuts business.

“I want to be sure that my time isn’t spread so thin between other concepts that I can’t give my Dunkin’ stores the attention they require to run effectively. After all, it’s better to do one thing well, than many things mediocre,” he says.

The key is to create a clear division of infrastructure, says Hashim.

“If you try to cross-pollinate and get people who run your first brand to run your second brand, that can be a big mistake. Just because you have one supervisor for five units of one brand, doesn’t mean that if you open three units of another brand in the same area, the same supervisor can run those too. When you go into multi-branding, the one area you should not think about cost-savings is in operations infrastructure.”

Hashim assigns one manager to serve as the point person for each brand—attend brand meetings, ensure the franchise is up-to-date and comply with the franchise agreement.

“This is why franchisors haven’t had a problem with me multi-branding. I know it’s impossible for me to do everything
for all my brands, so they always have a point person to communicate with,” he says.

However, there are some things on which you can double up, according to Robert J. Hoffman, past CEO of Metromedia Steakhouses, founder of RJH Hospitality Consulting and now owner of a Fricker’s Wings sports bar franchise. “Many things you learn from one brand, you can carry over to another, such as operational execution, importance of metrics, success measurements, and cash flow management,” he notes.

Hashim agrees that certain back office functions for all brands, such as payroll, accounting, and human resources can be done by the same people.

Based on his experiences, Hashim advises sticking with what you know when first venturing into another brand, so there is a natural synergy.

“If you have a Dunkin’ Donuts, you know QSR, so if you buy a full service, sit-down restaurant with servers, tips, alcohol and all that, now you’ve taken on a totally different business that you may not have expertise in, which makes for a more difficult type of multi-branding. It’s not to say it’s impossible, but the learning curve is huge and you have to be prepared to invest the time and energy, and bring on the right people.

Hoffman points out that taking on brands with different sales cycles can help stabilize earnings throughout the year. “For instance, my peak time at Fricker’s is during football season, but during baseball season it’s slow, so having another franchise during the spring and summer that does well could off-set the slow time I have at Fricker’s.”

But, making the choice to invest your hard-earned capital should come after careful consideration of all the pros and cons. Some franchisees find the economics or the logistics of a concept may not fit their ideal picture.

“In Dunkin’, we know six to eight months out what the price of coffee is going to be to us, but at this chain, chicken wings are their staple and they’re dependent on the price of poultry, yet they aren’t able to anticipate the cost of it. At the time I was considering getting into the franchise, chicken was at an all-time high so I decided I didn’t want to be part of a business that, one week we’re doing great, but three months later chicken prices go through the roof and my prices suddenly get out of line.”

Hashim has found other systems offer a simplicity that could never exist in a busy QSR system. With five well-established QSR brands under his belt, Hashim invested in Pet Valu stores in Canada.

“Not only did I have a great operating partner there, but I chose a retail brand, which is several layers lower in complexity. I went from quick service restaurants where there are 25 to 30 employees per unit down to a Pet Valu where there are only four or five employees per unit. Plus, all that is involved is stocking shelves. There is no food risk, exhaust hoods, or health department to worry about,” he says.

Get a grip on geography

“If you don’t pick the right spot you’re not going to be successful, so it’s best to expand your franchises within an area you know until you completely understand that brand, then you can move it out to other areas,” he says.

Maximizing your real estate is something else to keep in mind. “As a multi-unit owner, I’d come across really good real estate that was too big for one brand, but having access to three or four brands, I was able to put more than one brand in that real estate, giving me a real estate advantage,” notes Hashim.

This is one reason Bares is attracted to becoming a multi-concept owner. “Part of my business strategy is to own the real estate wherever we can. Owning additional brands would enable us to leverage that business decision by allowing us to put multiple concepts in one building. For example, if we were to build a five base strip center, right now we can put a Dunkin’ in there and it makes it attractive to other tenants, but say we have a Dunkin’, Super Cuts and a dry cleaner in there that we own, then a center that is more than 50 percent full off the bat is going to be incredibly marketable to other concepts,” he says.

As a successful multi-brand franchisee, Hashim is quick to highlight the benefits of developing more than one concept. “History shows that franchisors who have diverse franchisees bases are able to withstand difficult times the most because their franchisees aren’t totally dependent on their brand to survive. By multi-branding, you’re helping yourself and the brand.”

But, he says, be sure to do your homework. “Thoroughly investigate the brand. Choose brands you’d consume or feel comfortable having your loved ones consume. And most importantly, know that multi-branding can get very complicated, but by doing your homework, you can do it.”

Cutler notes that while “you could hit a home run by multi-branding, if you take everything you’ve made in Dunkin’ and bury it into another brand that ends up not doing well, you’ve taken a big risk.”

“Not that we’re not taking a risk every day in opening a Dunkin’, but Dunkin’ has positioned itself pretty well, and expanding within Dunkin’ can feel like much lower risk if multi-branding isn’t a good fit for you,” says Cutler.