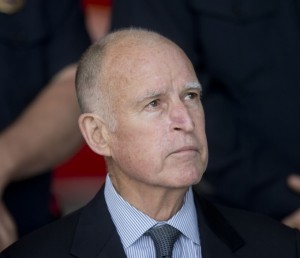 California Governor Edmund “Jerry” Brown has yet to take action on the California Franchise Relations Act (formerly SB 610) which the legislature sent him last Friday.  Under California law, the Governor generally has 12 days from the date of transmittal to sign legislation however, since he has it in his possession now when the legislature adjoins (usually August 31), he has until September 30 to act on the bill.  If he does nothing, the bill becomes law without his signature at that time.  There is a bona fide campaign ongoing by both sides seeking to influence the Governor on the bill.  DDIFO has sent a letter to the Governor encouraging him to sign the legislation.  There was an editorial in the New York Times in Wednesday’s paper endorsing the legislation and urging him to sign it.  The Times however, also used the editorial to advocate higher pay for franchise workers and in some ways, seemingly endorsed the SEIU push for increasing the minimum wage to $15/hour.  They concluded their editorial encouraging higher worker pay through a “more equitable distribution of corporate profits”, a troubling and meddlesome phrase to say the least.  On the flip side on the coin, the  Los Angeles Times editorialized in opposition to the California Franchise Relations Act.