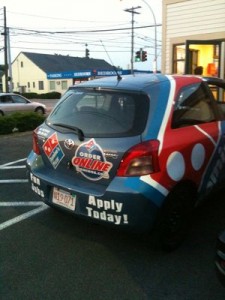 In an important decision in the case of Taylor Patterson v Dominos Pizza rendered last week, the California Supreme Court ruled that Domino’s Pizza could not be held liable for sexual harassment that was alleged to have been perpetrated by a store manager.  The decision is the polar opposite of the ruling issued by the Office of the General Counsel at the National Labor Relations Board in July of this year that allowed McDonald’s to be considered a “joint-employer” with its franchisees in cases involving wage and pay disputes.  Notwithstanding the court’s ruling in the Domino’s Pizza case, the Obama administration is still pushing hard to extend the reach of labor laws to franchisors and others that use employees of separate third parties, especially so in the context of bargaining with union representatives and thereby making unionization of private work forces easier to accomplish.  Nationally, union membership among private sector employees has dropped to approximately 7 percent today from its high of 35 percent some years ago.