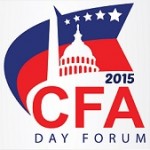 Speaking of the Coalition of Franchisee Associations (CFA), their annual CFA Forum and Lobby Day in Washington DC has been scheduled and registration is now open.  CFA Lobby Day presents an exceptional opportunity for members to speak with their Senators and Representatives in Congress and advise them of the issues and concerns of the franchising…

Blue MauMau — Some of America’s largest franchise groups formally ratified a franchisee bill of rights on Friday, June 3. The intent of the document is to spell out a framework of a mutually beneficial relationship between franchisor and franchisee. Hospitality, restaurant, convenience store, automotive services and scores of other sectors that franchise are anticipated to be eventually impacted by these franchising standards. 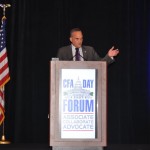 Jim Coen, President of the Dunkin’ Donuts Independent Franchise Owners, has been selected Vice Chair of the Coalition of Franchisee Associations (CFA). Coen will assume the role previously held by Ron Soto of the Meineke Dealers’ Association.

Launched in 2007, the Coalition of Franchisee Associations ( CFA) works, “to leverage the collective strengths of franchisee associations for the benefit of the franchisee community.” At the CFA, we have been promoting our Second Annual CFA Day Forum. The Forum is a three-day event in Washington, DC that brings franchisees across many different brands and their vendor business partners together to network; discuss business tactics and best practices; and to actively participate in government relations through meetings with members of Congress.