By Ed ShanahanPublished June 28, 2014Category From the Executive Director 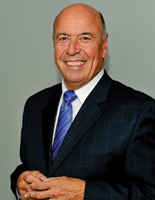 Earlier this month, we celebrated the 70th anniversary of the greatest military operation ever attempted. Students of history know the D-Day invasion on June 6, 1944 involved over 130,000 Allied troops and is recognized as the turning point in winning WWII. What is less well known, however, is that the invasion was originally planned for June 5, one day earlier, but, as fate would have it, bad weather was forecast for the Normandy beaches on June 5. That’s what prompted General Dwight D. Eisenhower to make the decision to delay the attack. History also tells us that good weather played a bit of a role as well. German military leaders anticipated a major Allied attack and were certain it would occur in late May, when there was a full moon, high tide and little wind. But, after the good weather came and Allied troops did not, the German military relaxed believing no attack was imminent. As a result of their complacency, Allied forces stormed the beaches and changed the course of history.

Complacency is often a byproduct of overconfidence—believing it’s okay to relax a bit when things are well. Right now, many Dunkin’ Donuts franchisees I talk to say that business is good, revenue is coming in and there are few visible clouds on the horizon. There is no sense of urgency for contingency planning or strategic positioning. Life is good!

In actuality, this is the time to buckle down and prepare for the days ahead, for the inevitable time when we could be faced with new challenges and new issues. This is the time for diligence and discipline to ward off complacency and its potential risks.

Both the Qur’an and the Bible caution us about the dangers of complacency with the story of Joseph interpreting the King’s (Qur’an) or Pharoah’s (Bible) dream and storing food during the seven years of plenty. Egypt’s diligence and discipline planning for the worst during the best times saved the nation during its subsequent seven years of famine. Had they relaxed, had they become complacent during those good years of harvest, they likely would not have survived the famine.

It’s in that same context that I propose the importance of engagement and planning for Dunkin’ Donuts franchisees. Without question, leadership at Dunkin’ Brands has been cooperative and supportive vis-à-vis its franchisees; generally speaking, relations have been good. The Brand Advisory Council (BAC) is hearing and addressing issues of concern to franchise owners. What’s more, the expansion is going well, supported by a healthy National DCP. Business has been improving steadily. The weather, if you will, has been good; the harvest is plentiful. Why wouldn’t it continue?

In the military context, it’s been said that great armies are not built during wartime, rather they are built during peacetime. That way they are ready when wartime arrives. DDIFO is mindful of the lessons of history and wants the Dunkin’ franchisee community to be equally diligent. During this stretch of “good weather” – this “plentiful harvest” – we are seizing the opportunity to prepare for the storm clouds. Today, DDIFO is better prepared to effectively respond to political, legislative and regulatory challenges across the country. We’ve developed better tools to communicate with our members and are in the process of creating new avenues through which our information flow can be even more efficient. We’ve installed a new database which allows us to manage our membership and readily facilitate direct communications among franchise owners.

At the same time, we are improving DDIFO’s National Conference and Hall of Fame Gala. Last year, we took the conference to Atlantic City to lend support to the mid-Atlantic region after the devastation of Hurricane Sandy. This year – to mark 25 years since DDIFO was created to independently represent the interests of Dunkin’ Donuts franchisees, we’re bringing the conference to Las Vegas to support franchisees in emerging markets.

DDIFO’s board and roundtable are developing strategic goals and objectives to ensure that we will be best prepared to effectively represent your interests when the weather changes—when famine arrives.

In case you missed it, the City of Seattle recently passed the nation’s first $15 an hour minimum wage and, while it does not directly impact any Dunkin’ franchisees yet, we all know it will. For months, we have been following the developments and advising our members about the issue because these kinds of mandates tend to migrate from state to state. We won’t be surprised when it surfaces in a state or region heavy with Dunkin’ concentration.

History has a way of repeating itself and that tells us serious issues will likely arise again within the Dunkin’ community. The question for us today is: Are we taking advantage of our years of harvest to insulate ourselves from the inevitable famine?