Checkers Drive-In Restaurants has plans for five restaurants in Fairfield County, Conn. The first restaurant is scheduled to open in spring 2011 in Milford. 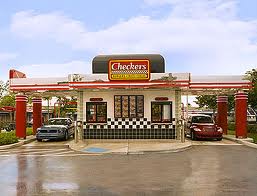 Checkers in July announced a five-unit deal for the vicinity of Hartford, Conn. The rest of Connecticut, including New Haven, is still open for expansion, the news release said.

Checkers has more than 800 locations across the United States, including locations at “non-traditional” sites such as airports, universities and turnpike plazas.