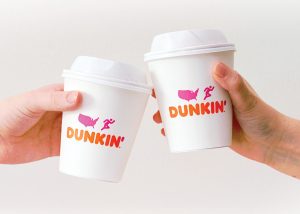 While the coronavirus pandemic has changed many things in our daily lives, it has not had much of a jolt on coffee consumption. In fact, our collective thirst for coffee is only expected to grow next year. For Dunkin’ franchisees, that is just the kind of reassurance they need after a uniquely challenging year and after the news of Dunkin’s sale to Inspire Brands.

Coffee continues its reign as America’s most popular beverage—and one of the most durable sellers during the pandemic, according to a poll by the National Coffee Association (NCA) that was released last month. Among other things, it shows Americans have been drinking significantly more coffee at home since March, while those consuming coffee away from home has only decreased by 20 percent.

Here are some numbers that Dunkin’ franchisees will want to note:

“Despite the COVID-19 pandemic’s profound disruptions on our lives, coffee continues to be America’s favorite beverage. New routines mean Americans are drinking more of their coffee at home than ever, but many are also returning to coffee shops around the country or plan to do so soon,” NCA President and CEO Bill Murray said in a press release.

As has been widely reported, Dunkin’ has weathered the pandemic better than most. It was perhaps the reason Inspire Brands paid such a premium to acquire Dunkin’. In its hometown of Boston this fall, Dunkin’ poured 45 percent of the joe sold by national coffee chains, compared to 27 percent for McDonald’s and 26 percent for Starbucks, according to research by the analytics firm Second Measure.

“Dunkin’ has been much nimbler than Starbucks to react since the pandemic hit. Starbucks closed down way too many stores and didn’t get stores reopened as quickly as did Dunkin. They have been slow in reacting to things,” says DDIFO Restaurant Analyst John Gordon, founder and principal of Pacific Management Consulting Group.

September is time for National Coffee Day, which, this year, Dunkin’ renamed as National Dunkin’ Day and rewarded its customers with a free medium hot or iced coffee with any purchase. There was also a national sweepstakes held on social media to give away 100 special care packages made up of different Dunkin’ coffees, tumblers, masks, tote bags, and more.

“For so many Americans, Dunkin’ equals coffee, and coffee equals Dunkin’… there is simply no other coffee choice. We’re declaring National Coffee Day as National Dunkin’ Day to highlight how much our coffee means to people, and create an opportunity to raise a cup to everyone across the entire country who understands and appreciates how important that daily cup of Dunkin’ can be to keep you running,” Drayton Martin, vice president, brand stewardship at Dunkin’, said in a press release.

Dunkin’s prowess during the pandemic has largely been credited to the chain’s best-in-class drive-thru business, and well-established mobile app. As Gordon notes, Dunkin’ has been trying to encourage franchisees without drive-thrus to find new, drive-thru ready sites for their restaurants so they can further capitalize on the strength of the brand.

NCA’s national poll found app-based ordering and delivery of coffee beverages increased over the past seven months, while purchases of coffee at grocery and big-box stores decreased. Since the pandemic began, those who say they drink coffee every day ordered more of their beverages through drive-thrus. Yet, despite that growth, Gordon notes, some coffee brands have not been able to take advantage of it the way Dunkin’ has during the pandemic.

“Starbucks has fewer drive-thrus than Dunkin’, and so they needed to be nimbler in their approach, operating where there were customers. But they did not,” Gordon says. “They were too centralized in their approach. It’s cost them market share and profit dollars. In the United States market, Dunkin’ is outperforming Starbucks right now.”

During a presentation to an industry conference in September, Dunkin’ Brands CFO Kate Jaspon told investors, “When our competitors decided to close, we decided to stay open. And that forced people that really saw us as a…bakery-only concept to come in and try our beverages,” which led to more coffee pours.

And, while coffee-drinkers continue to brew up their own cups at home, Nicole Miller Regan, senior research analyst at Piper Sandler & Company who followed Dunkin’ as a publicly traded company, says people can’t replicate the experience entirely because some drinks (like espresso) are too difficult to make at home because most consumers don’t have the kind of equipment a coffee shop like Dunkin’ has. She says the experience of going to a coffee shop may be irreplaceable.

“We can all make coffee at home, but the cups of coffee being consumed at home aren’t offsetting the cups of coffee we’re drinking in the marketplace, so that tells you some of those were inspired or spontaneous or meant to be experiential not meant just for the coffee or caffeine. Tapping into that experience at home may not be replacing that. We’ll see over time,” she says.

According to the global market research firm Statista, revenue in the coffee segment is expected to grow at an annual rate of 8.7 percent, rebounding significantly next year and surpassing previous high-water marks. The firm further projects 89 percent of spending on coffee will occur outside the home.

For customers to keep increasing visits to coffee shops, NCA found coffee drinkers most want to see visible precautions like workers wearing gloves and facemasks (48 percent), as well as mandatory facemasks for all customers (44 percent). Even with the pandemic’s damage to the restaurant industry in 2020, Statista forecasts annual revenue will be close to what it was in 2015. Sales at both Dunkin’ and Starbucks were down minus 20 percentage points in March and April, but then improved throughout the summer. According to Gordon, Dunkin’ will end 2020 up a few percentage points, while Starbucks will be in the negative 10 or 11 percentage points.

“Coffee is so universally consumed in our society that it’s consumption away from home won’t be down forever. I’d read 2020 as more of a COVID-era reaction,” Gordon says. “Coffee house operators need to provide drinks that we can’t make easily at home, and things like donuts and scones that we won’t bake at home. People want to get those somewhere else, and I think they will.”