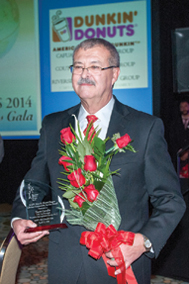 Duke Carvalho remembers her eyes. She was a four or five year-old who had come into his Dunkin’ Donuts shop in the early 1980s. It was a weekend and Duke was handling the day baking as well as working the counter. The girl’s mom bought her a snack and Carvalho gave her extra Munchkins to take home.

“Her eyes were so big and happy,” Carvalho remembers. “It meant so much to her. It really touched me.”

For Carvalho, a member of the DDIFO Hall of Fame, the moment crystallized the connection Dunkin’ Donuts – and its shop owners – have with the communities they serve. Sure, it’s about coffee and snacks, but there’s a lot more to it, especially when you are a located in tight knit communities.

It’s why Carvalho, who owns a network of 20 shops in Watertown and nearby Belmont, Mass., has made supporting charities that involve children core to his philanthropic mission. Over the years, the family has supported numerous different organizations, the largest among them is the Boys and Girls Club, Perkins School for the Blind and the Watertown Food Pantry. But there are also a lot of small ones, like Little League Baseball and the post-prom parties at Watertown and Belmont High Schools. 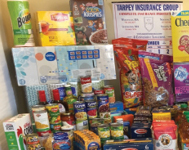 “They have these all-night parties to keep kids in a safe place after the prom. We provide coffee, donuts and treats for the prom-goers, as well as the adult chaperones who stay up all night with the kids,” says Jessica Moller, Carvalho’s daughter and vice president of operations for the family business.

It is her job to say “yeah” or “nay” to the hundreds of requests that come in every year.

“I try my hardest to do something for everyone but we can’t. Anything children related is important to me. I have three young ones so I believe giving back to programs for kids is important.”

Moller says the family likes to focus on those charitable causes that have a direct benefit to the local community. She recalls the story her uncle Arthur told her after he made the latest delivery to the local food pantry.

Since 2010, 40 or so members of the office staff and the company’s managers have held a drive to collect food for the pantry, which is located at a church in Watertown. This year, the group collected so much food, it wouldn’t fit in Uncle Arthur’s car. So, they loaded it into a delivery truck. 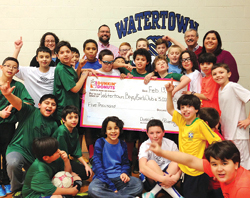 “Uncle Arthur told me there were these two ladies who were volunteering at the church to accept the donation and one of them started crying when she saw how much stuff he brought over. That’s what keeps me doing it,” says Moller.

“It’s not huge money, but it is so important,” says Carvalho. “I’ve always wanted to give back to the community. They are our guests. Everything we do is to satisfy the guest. We do it with product we serve and the support we give them.”

Thank you cards are delivered to the office from all over the community.

“I read all the thank you notes and plaques we get from those we sponsor. The handwritten notes from kids mean so much to me. They really show how they appreciate what we are doing,” says Moller. “It really shows us how we are touching the people in our community. It’s something I’ve always seen my Dad do and we are proud to continue the tradition.”