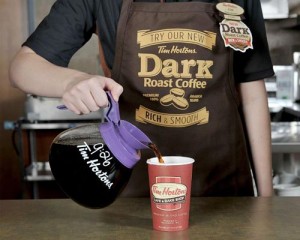 Tim Horton’s has announced they are now offering a new dark roast blend as a trial item in two markets – London, Ontario in Canada and Columbus, Ohio here in the States.  Starbucks has announced an effort to expand its digital gifting and engagement offering with “tweet-a-coffee”, an ongoing platform that will allow customers on social media to gift a Starbucks product spontaneously via Twitter. Denver-based Coda Coffee, a family-owned business that began in 2005, has been named by Roast Magazine as its Macro Roaster of the Year.  The magazine also named Pilot Coffee Roasters, founded by a husband and wife in 2009 and based in Toronto, Canada as its 2014 Micro Roaster of the Year.