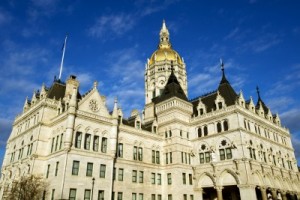 The Connecticut House Committee on Finance Revenue and Bonding defeated an effort to move forward H 5069, An Act Concerning Law Wage Employees, which would have imposed an additional tax on certain employers of lower wage individuals.  This bill, which we reported on to you back in February, would have penalized employers with an additional quarterly tax for all employees not earning a predetermined state wage for the job function they perform.  Further, the bill would have identified franchisees as essentially the equivalent of employees of the franchisor for purposes of calculating the applicability of the proposed tax and would have obligated the franchisor to pay the tax on the franchisee’s employees as well.  The Committee action kills the bill for the current session, but we would expect to see it filed again in the next legislative year.