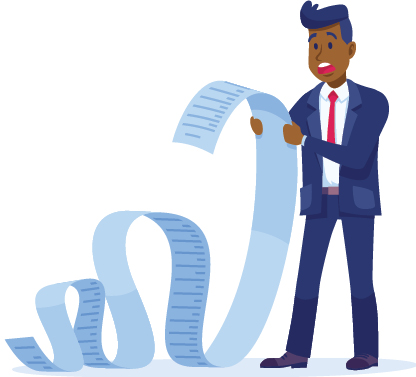 In 2009, when Joe Biden came to the White House as President Barack Obama’s vice president, the business community responded with a flurry of lobbying activity—seeking to affect legislation on such issues as healthcare reform, financial regulatory reform, cap-and-trade legislation and the 2009 stimulus bill. According to research by the Center for Responsive Politics, more than 4,550 companies, unions and other organizations lobbied on at least one of these four hot topics in 2009 and 2010.

New administrations bring a new approach, which was clearly apparent this year when Biden returned to Washington as President of the United States. Again, businesses and their advocates got to work. The nonprofit opensecrets.org, estimates the total amount spent on lobbying in 2020 was $3.53 billion. Through eight months of this year, the total is $1.81 billion. Lobbying works because policymakers want to hear from all sides before deciding how they will vote.

“There’s a common phrase in politics and policymaking: ‘If you aren’t at the table, you are on the menu,’ and it especially holds true in our industry,” Ashely Coneff, vice president of Government Affairs & Social Impact at Inspire Brands told us in emailed responses to our questions. “The more we work together, the stronger our voice is when influencing and shaping policy that impacts our industry.”

Dunkin’ franchisee Rob Branca, co-chair of Inspire Brands’ Government Affairs Subcommittee (GASC), agrees. He and the committee work in tandem with Coneff’s team to lobby, educate and ensure the franchisee community’s voice is heard at all levels of government.

“If there is proposed legislation and regulations that might impact the franchise model, we’re all over it,” says Branca. “Regardless of the politics and partisanship of a certain issue, the well-being of our franchisee community is always front and center.”

That approach was on display when the pandemic hit. The Government Affairs Committee worked closely with HQ to press lawmakers to ensure franchisees were eligible to receive PPP loans, to lower the threshold so franchisees could receive a second round of paycheck protection support and to secure PPP tax deductibility at the federal level and in the majority of states with static conformity.

“We are fully engaged at the local, state and federal levels of government, and many of our franchisees have had the opportunity to testify in front of Congress and share how owning a small business with Dunkin’ has allowed them to achieve the American Dream,” Branca says.

Joe Biden came to the White House with a pro-labor agenda, even tweeting, “The policy of our government is to encourage union organizing, and employers should ensure their workers have a free and fair choice to join a union.” Understandably, his stance has many in the franchised business community concerned that the coming years will be a costly time to do business.

“President Biden made it clear that he wants to be the most pro-union president ever,” Mike Layman, vice president of Federal Government Relations at the International Franchise Association (IFA) says. “Franchisees might not pay much attention to that if they and their employees are not unionized, but the statement, and any subsequent policies can have a very direct effect on franchise systems throughout the country.”

The Protecting the Right to Organize Act of 2021, or the PRO Act, is a wide-ranging piece of legislation that the House of Representatives passed in March and had its first hearing in front of the Senate on July 23. The bill cobbles together three dozen separate elements that are largely viewed as pro-union and anti-business.

“With a swipe of a pen, Biden could legislate franchising out of business,” Layman warns. “While many of the provisions have to do with unions and collective bargaining power, there are a couple of provisions in this sweeping bill that would have massive unintended consequences to small businesses, including franchises.”

Layman cites the PRO Act and the Joint Employer rule, which makes franchisors liable for the actions of their franchisees. (See our Legal Look at Joint Employer on p. 18).

The other provision in the PRO Act that could have a strong negative impact on franchises is the ABC Test, which would reformulate the “independent contractor” status. While supporters of the ABC Test say that it’s a way to protect workers from exploitative relationships with businesses that misclassify employees as independent contractors, opponents say that it’s a catchall and would upend the lives of millions of happy, self-employed Americans. The language in the ABC Test is so strict it could even turn franchisees into employees of the chain to which they are paying royalties.

The passage of the bill in the Senate depends on a couple of factors, including whether the Senate preserves the filibuster or not. Layman does not believe lawmakers recognize how bad the bill could be for the franchising industry.

“Lots of lawmakers support the PRO Act without really understanding many of its implications. That’s why it’s critical that franchisees get involved, either with their franchisee association or with us, and write letters to their Senators explaining why they oppose the bill. Franchisees are the best ambassadors for talking with lawmakers.”

In Connef’s view, “The PRO Act would only harm our industry at a time when supporting opportunities provided by franchising is critical.”

While staffing shortages have prompted thousands of news headlines this year, many industries struggled to fill open positions in 2018 as well. At that time, Branca and fellow Dunkin’ franchisee John Motta were among those invited to meet with then-Labor Secretary Alexander Acosta to discuss the issue. At that time, immigration reform was a primary cause of staffing shortages in various service fields. The Department of Homeland Security responded by issuing additional worker visas. Looking at today’s labor situation, Coneff says it cannot be solved solely by the government, but “that said, there are definitely short-term and long-term public policy solutions.”

In the short-term, she points to the need for continued leadership from government at every level to improve vaccination rates, which should alleviate the concerns of some segments of the workforce. In addition, ensuring schools reopen and childcare options are available in the fall will also reduce many of the challenges facing workers at home. And finally, she believes, winding down enhanced unemployment benefits will bring more workers in from the sidelines.

Layman agrees. “When the pandemic first hit, there was a place for the enhanced unemployment insurance, but now we understand the virus much better and know how to mitigate risks, so we’ve discouraged additional pandemic-related unemployment insurance for many months now. There are roughly 10 million job openings out there and plenty of people to fill them.”

As for long-term solutions, Coneff believes the challenges will be similar to 2018 and says the federal government must consider the implications immigration reform has on the labor force, even as it continues to invest in workforce development programs that provide an important stream of education for future restaurant workers. “Inspire Brands is working with the National Restaurant Association and others to lay the foundation for post-pandemic efforts to ensure our continued leadership in recruiting and retaining a stable and dedicated workforce,” Coneff says.

Branca acknowledges those measures, but says additional factors come into play when it comes to the labor shortage. “The whole nature of how people work is changing. A Dunkin’ in an office building in downtown Boston is not what it was prior to the pandemic. If office workers continue to work remotely, that creates a domino effect, and impacts that Dunkin’s business. We need to think about what that means to the people who work at that Dunkin’ and how to support them.”

Before leaving for their August recess, the Senate approved the budget resolution with only Democratic support, setting up the upcoming reconciliation process with a $3.5 trillion spending package, which, Senate Minority Leader Mitch McConnell called, “jaw-dropping,” adding, “This reckless taxing and spending spree is like nothing we’ve seen.”

Coneff believes the package would have an enormous impact on small businesses. “For franchisees and small businesses, more certainty in the tax space right now is crucial given the continued impact of COVID-19 on our industry. Should these reforms become a reality, the result would be detrimental,” she says.

Coneff encourages franchisees involvement in her team’s lobbying efforts. She and Branca frequently invite franchisees to join them at meetings they organize with elected officials where they, along with other GASC members, educate lawmakers and advocate for specific issues at hand. She adds, when franchisees share their personal story, it can impact their business.

Branca and Motta also represent Dunkin’ as advocates for franchisee interests with the Coalition of Franchisee Associations (CFA), of which DDIFO is a charter member. Motta has been chairman of CFA since 2018; Branca serves on the CFA board of directors.

Whether it’s by hosting an impact tour of their restaurant for local legislators, or sending pre-drafted action alerts asking lawmakers to take a specific action on an issue, or connecting franchisees with state restaurant associations, Dunkin’ franchise owners have several different organizations and tools to get involved and be sure their voices are heard on issues important to their business.

The Dunkin’ PAC is another vehicle designed to open doors and provide a seat at the table.

“While many may not like it, money is an integral aspect of progress in nearly all parts of American life, and politics is decidedly no exception,” Branca says.

It is yet another reminder that this is a costly time to do business.