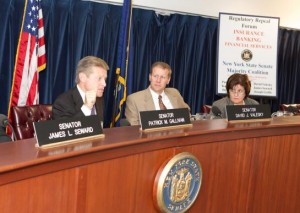 Last week, we reported on NY Governor Andrew Cuomo’s State of the State speech when he touted new tax cuts that will save businesses up to $1 Billion.  The Governor claimed that the tax cuts were necessary to stimulate continued economic growth.  This week, it was reported that the New York State Senate Majority Coalition has identified some 2,219 different regulations that it says are hurting businesses and putting NY businesses at a competitive disadvantage.  I’d say they’re both right . . .