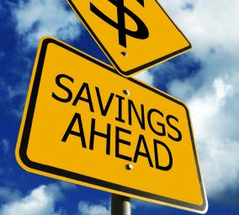 The chief executive of the new National DCP (NDCP) is not someone who makes promises easily. But, Kevin Bruce is confident of his promise that Dunkin’ Donuts franchise owners will see lower prices between now and end of June—and then again at every six month interval until December 2014.

“We’re confident that through our initiatives that we will reduce prices to our members for the next three years as spelled out in the agreement,” said Bruce, who noted how just saying that was such a “good feeling”.

The savings is but one of the many happy returns for Dunkin’ Donuts franchise owners who voted overwhelmingly to support merging the regional operations of its supply chain into one, truly national entity with one board of directors and one, unified mission.

The DCP was already unique because few, if any, franchised restaurant systems also have a supply chain cooperative that franchisees own and operate. Now, as a result of its 25 year Relationship Agreement with Dunkin’ Brands—a core component of the merger—the NDCP now controls its sourcing as well as its distribution.

“That means we go from being a vendor to being a partner and that is exciting,” said Michael Batista, who became Chairman of the National DCP Board of Directors in January 2012. Being more than just a distribution vendor equates to being partners with the Brand, Batista says. “We are at the table early on to drive the cost of existing and new products. If we were strong before, we are stronger now.”

“The new agreement strengthens and ensures the NDCP exclusive role in the distribution and procurement processes. Now we are the exclusive entity and can leverage that role for the benefit of franchisees,” said John Justo, who served as a member of the National DCP Board and the Northeast Board until the end of 2011.

When Bruce and the regional DCP boards began discussing how to merge operations into one entity, cost savings was a primary incentive. “One of the value elements is having a smaller nimbler board structure such that we can make decisions that allow us to achieve savings, efficiencies and productivity more quickly.”

Bruce says that includes not just taking advantages of the economies of scale that come with merging four operations into one but also leveraging the strength of the co-op to negotiate more competitive prices with vendors. “If it wasn’t a cost savings deal we wouldn’t have done it,” he said.

“The entire initiative will enable franchisees to secure the lowest, sustainable cost of sales possible, with savings coming from many platforms. We’ll have unified control over our operations, and be able to leverage the synergies of a billion dollar-plus supply chain,” said Justo.

“The mission of the DCP is to serve members at the lowest cost,” said Dipak Patel, who was co-Chair of the National DCP Board from 2008-2011 and still serves on the NDCP Board of Directors. “Because of the merger, unit profitability will increase which will enhance franchisee equity.”

“It will increase profitability by streamlining operations at the NDCP,” said Chris Prazeres, who was a member of both the National and Northeast DCP boards through the end of 2011. He says the NDCP’s control over sourcing will be pivotal to delivering members the lowest possible cost which will increase franchisee profitability.

“Every region will benefit from lower pricing and costs savings returned to them through their patronage dividend and lower case prices,” said Bruce. That’s the promise of the new DCP and he’s sticking with it.