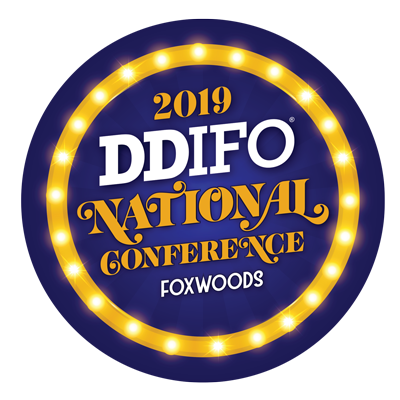 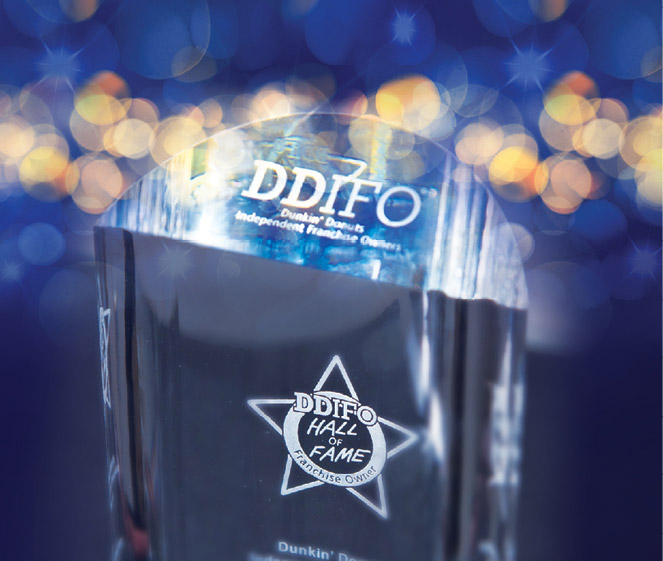 For the ninth straight year, DDIFO will recognize those franchisees that have made significant contributions to the brand by inducting them into the DDIFO Hall of Fame. This year’s inductees are Tony Salema, Peter Marcovich and Barkat Gillani. 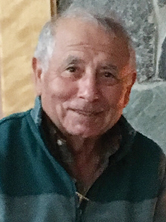 Dunkin’ is a family affair for Tony Salema who got into the donut business 40 years ago after seeking guidance from his brother-in-law, Carlos Andrade, a Dunkin' Donuts franchisee.

Baking donuts and growing his business has provided a much different path for Tony than the factory work he did when his family arrived in the U.S. from the Azores region of Portugal in 1966. At the age of 32, he realized he wanted to do something different with his life and got into the donut business.

“After speaking with Carlos, I learned that a Dunkin’ Donuts store was for sale in New Hampshire, so I moved there from Rhode Island," Salema says.

Of those early days, Salema says, “I thought it wouldn’t be as hard as the factory work I did, but I was wrong. It was tough with long hours, but it was worth it.” 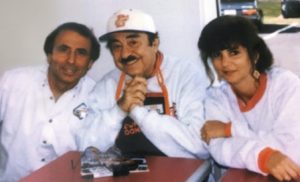 He says Dunkin’ means a lot to him. It helped him change his life.

Today, Salema runs 14 stores throughout New Hampshire, and it continues to be a family affair.

Three of his four children – Durval, Shawn ad Isaac – now partner with their father, and they are extremely proud of their dad for receiving this award.

When asked why he thought he was chosen, Salema didn’t skip a beat and replied, “Because of my looks.”

Actually, this honor came as a huge surprise to him. When Carlos Andrade called to tell him about it, Salema says he truly didn’t know what to say. So after a few moments of saying nothing, he simply replied, “OK.”

But Tony concedes this honor means the world to him.

After almost 40 years in the system, he is grateful for Dunkin’ and the way it has literally changed his life. 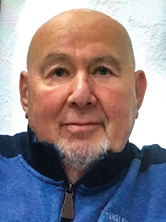 Peter Marcovich could write a book about his life. At the age of four, he and his parents narrowly escaped the Nazis when Germany ran out of freight cars to round up the Jews in his small Romanian town. He stayed in Romania and got an education, culminating with a Master’s degree in accounting. He eventually left Romania and, after a brief stay in Israel, came to the United States and settled in Rhode Island. He knew no English, only his native language and Russian, but Marcovich got a job in a lollipop factory.

Wanting more and knowing that his Master’s degree from Romania meant very little in the States, he enrolled at Bryant College (now Bryant University) with a goal of getting another Master’s degree in accounting. He did, and along the way, mastered the English language during his time at Bryant.

In 1976, Marcovich landed a job at an accounting firm that worked with many Dunkin’ Donuts franchisees, many of whom were immigrants like him. He developed a strong relationship with them and by the time he passed the CPA exam and went out on his own in 1982, two of the Dunkin’ franchisees went with him.

Since that time, his roster of Dunkin’ franchise owners has grown as he began offering a full array of services, such as paying their bills, preparing their weekly payroll, distributing royalty fees and making sure they didn’t default on their loans.

“Since many of my clients were immigrants like me, they didn’t necessarily know the laws of this country,” he says. “My clients were like my family and I wanted to do whatever I could to ensure their success.”

As a result, he became a trusted advisor, helping his clients “unleash the possibility for their stores to grow,” as he puts it.

He helped in many ways. For instance, identifying how franchisees could control food and payroll costs by looking at their inventory, and securing financing for his clients’ stores based on sales, not fixed assets. Soon, other accountants serving the Dunkin’ franchisee community saw what Marcovich was doing and used a similar model for their clients.

As franchisees began banding together to open central manufacturing locations to bake their donuts, Marcovich also secured financing for a group of his clients’ central kitchens. Another group of clients, with guidance from Marcovich, developed a sugar and flour distribution company to give them more flexibility and control over those ingredients.

Marcovich says he was speechless and “very humbled” when Hall of Fame Committee Chairman John Motta called to tell him about this honor. Marcovich retired and sold his accounting practice seven years ago, but made sure the new owner would treat his clients and their employees with the same care and respect he did. As a result, all of Marcovich’s clients, who collectively own 360 Dunkin’ locations from Niagara Falls to Florida, made the move to the new owner and are still with him. 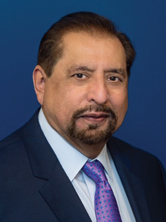 After 31 years with Dunkin’ Brands, it is fair to say Barkat Gillani has accomplished a lot. He purchased his first store in 1988. He still owns that store, plus 15 others in the Chicago area, as well as 12 stores in Orlando and Ocala, Florida. But along with his tenure as a Dunkin’ franchisee, Gillani is also known for his leadership and service to other franchisees as well as the brand itself.

In fact, he was recognized with the William Rosenberg National Award for Superior Leadership in 1999, the first franchisee in the Chicago market to get that award.

“I’ve enjoyed my time serving on the different committees and boards such as the BAC and Regional and National DCP Boards,” he says. “My involvement is the reason I have been able to help other franchisees the way I have.”

And he’s helped a lot. He recounts how, in 2007, skilled labor to bake the donuts was hard to find, not just for him but for other franchisees as well. To tackle this problem he joined forces with two other Chicagoland franchisees and opened a large central kitchen to serve the market.

Two years later, in 2009 his group opened the first Level 6 Smart Line commissary in the Dunkin’ system, taking manual labor out of making donuts altogether. This fully automated line, which is still running strong, delivers donuts to 250 stores in Illinois, Indiana, Michigan and Wisconsin every night.

“Because of this automation, stores were able to grow,” he says. “This kitchen served as a model and today, there are five of them like it in the Dunkin’ system.”

Gillani has other accomplishments under his belt as well and prides himself on being somewhat of a pioneer. For instance, he built one of the first Dunkin’ drive-thrus in his market and one of the first few Dunkin’ / Baskin combo stores in the Chicago area. Plus, he was the first in the country to have three brands – Dunkin’, Baskin Robbins and the sandwich purveyor Togo’s – under one roof.

Despite so many accomplishments, Gillani says he was completely surprised to learn about his induction into the DDIFO Hall of Fame.

“No one told me I was being nominated,” he says. “All of a sudden, I got a call telling me that a group of franchisees nominated me and that I was selected. I was stunned.”

In fact, when Gillani saw [Hall of Fame Committee Chairman] John Motta’s name on his caller ID, he picked up the phone and asked, “What did I do wrong today?”

And how does he feel about the honor?

“I feel really good that fellow franchisees think so highly of me,” he says. “It’s really, really special.”