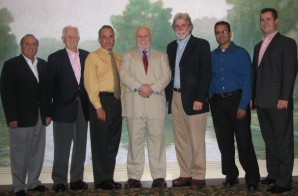 The DDIFO, already the largest independent association of Dunkin’ Donuts franchise owners in the U.S., took a major step toward national expansion this week when its Board of Directors voted to add Asheesh Seth, the leader of the Midwest Dunkin’ Donuts Franchise Association (MWDDFA), to its board.

“This is a big step forward. It sends a significant message to the entire Dunkin’ Donuts franchise community that the DDIFO is ready, willing and able to advocate for the interests of franchise owners on a national basis,” DDIFO President Jim Coen said.

“I look forward to the opportunity to work more closely with the DDIFO and hope that we can strengthen the position of existing franchise members while, at the same time, working toward the goal of a nationwide association,” said Seth.

Seth is the Director of Operations for Sterlite Software, an information technology company in Chicago. A Punjabi Indian born in the US, Seth became acquainted with several South Asian Dunkin’ franchise owners through his work providing IT services to their franchises. When the MWDDFA was founded in 2005 he was asked to join as Executive Director.

“I enjoyed working with the Association because it provided opportunities for education among franchisees to better run their networks and also promoted unity among all franchise owners,” said Seth.

Those goals mirror the mission of the DDIFO. At the board’s September 8, 2009 meeting, Chairman Kevin McCarthy noted the importance of growing the board membership to be more inclusive.

“We are pleased with the recommendation of Chicago area franchise owners to add Asheesh Seth to the Board,” McCarthy said. “He has great IT skills and his experience working with MWDDFA is a wonderful and professional addition.”

MWDDFA’s membership represents all nationalities, but primarily consists of South Asians comprised of Pakistani and Indian Americans. In the Illinois/Indiana market, approximately 90 percent of the Dunkin’ franchises are owned by members of this group. Presently, the MWDDFA represents 400 of the 500 Dunkin’ Donuts shops in the market.

In his role with MWDDFA, Seth maintained the organization’s Web site, organized board and membership meetings and oversaw internal and external communications including those between the MWDDFA and the DDIFO.

According to Seth, the MWDDFA members have long been aware of the DDIFO and value the knowledge in such publications as the DDIFO Insider, Legal and Legislative Updates and News You Can Use. He also acknowledges the numerous concerns shared by Midwest and Northeastern Dunkin’ franchise owners, like higher food costs, lower revenues, credit card interchange fees, menu labeling, loss prevention and Brand-approved vendors. Through his new role with the DDIFO, Seth hopes to serve in the best interests of all Dunkin’ Donuts franchise owners and ensure that appropriate growth models exist within the system. He also believes in the DDIFO’s vision of a national association.

“Franchise owners in the Chicago area have expressed confidence that the new DDIFO is moving forward in a positive, professional and effective manner to enhance and protect the business interests of all of its members. I intend to do everything I can to fulfill that mandate,” said Coen.