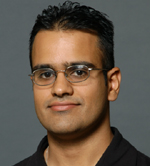 Asheesh Seth, the newest addition to the DDIFO’s Board of Directors, has been named vice-chairman of the board. The vote was counted at the most recent board meeting on June 22, 2010 and marks the first time DDIFO leadership has included a vice-chairman.

Prior to joining the DDIFO board in September 2009, Seth was the Executive Director of the Midwest Dunkin’ Donuts Franchise Association (MWDDFA). Last year, that group joined the DDIFO through the creation of a local member committee of MWDDFA members.

“One of the reasons we wanted to give Asheesh a larger leadership role on the DDIFO board, was to validate the importance of our national footprint,” said Kevin McCarthy, DDFIO Board Chairman. “Asheesh was an important voice in the MWDDFA’s decision to join with us and we to be sure the interests of those franchise owners are being addressed.”

“I am thrilled at the opportunity to serve as vice chairman of DDIFO.  I will continue to serve DDIFO and Dunkin franchisees to the best of my ability,” said Seth.

Seth is the Director of Operations for Sterlite Software, an information technology company in Chicago. A Punjabi Indian born in the US, Seth became acquainted with several South Asian Dunkin’ franchise owners through his work providing IT services to their franchises. When the MWDDFA was founded in 2005 he was asked to join as Executive Director.

“I feel that there are several opportunities that need to be explored with regard to DDIFO and the internet.  Through the utilization of social networking sites such as Facebook and Twitter, we can really get the word out as to what we are doing and possibly leverage these resources to better serve our members,” he said.

In 2008, the DDIFO reorganized its Board of Directors, opting for a group of professional business people who are not Dunkin’ Donuts franchise owners. Other members include Joseph Kimball, Patrick Kaufmann, and Daniel P. Connelly. Jim Coen serves as DDIFO President.

DDIFO now represents over 2300 Dunkin’ Donuts shops in the U.S. and is currently negotiating with the Independent Association of Franchise Owners (IAFO), an organization of Dunkin’ franchise owners from New York, New Jersey, Pennsylvania, Delaware and Maryland to include those members in DDIFO as well.

According to McCarthy, “These new and diverse sections of the country are adding to the breadth and strength of DDIFO and bringing it closer to being a truly national organization of Dunkin’ Donuts franchise owners.”