By AdminPublished May 23, 2014Category Legislative Updates 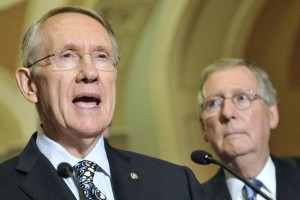 As we reported before, the Senate last week defeated an effort to quickly advance to the floor the Tax Extender bill, which would restore a number of tax credits and provisions that would benefit small businesses.   The initiative by the Senate’s Democratic leadership was shot down on a party line basis by the Republican minority, which despite bipartisan support of the bill, wanted to have amendments considered (one of which would have repealed the Affordable Care Act).  Senate Majority Leader Harry Reid (D-NV) would not allow consideration of any amendments.  Accelerated restaurant depreciation and the Work Opportunity Tax Credit (WOTC) are just two of the important tax provisions that expired at the end of 2013.  You can read a more detailed breakdown of the floor vote and amendment issues from the Washington Bureau of the Business Journal.