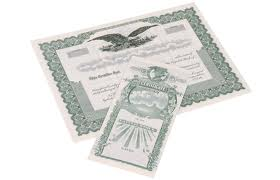 Even before the opening bell rang on Wall Street on July 27, 2011 ushering in the company’s initial public offering (IPO), many franchise owners questioned if the agreement—presented in a letter former CEO Jon Luther signed on January 11, 2006 and granting franchise owners the chance to purchase stock in a “family and friends” pool— would be honored.  The question came up at a number of Regional Advisory Council meetings with current CEO Nigel Travis in the months leading up to the IPO. The answer from Travis was “yes.”

The agreement was negotiated by a team of franchisees: Jim Cain, Bill Daly, Mark Dubinsky, John Motta, Rod Valencia and Ed Wolak. They were known as the G-6 and represented, in equal parts, the Brand Advisory Council (BAC), the Enterprise Advisory Council (EAC) —representing TOGO’s and Baskin’ Robbins—and DDIFO.

According to John Motta, a G-6 member and the BAC co-chair at the time, there was little doubt the letter would resurface one day. Back in 2005, Dunkin’ Brands was sold to a trio of private equity firms whose terms negated the opportunity for a public stock sale.

“I put my copy of the letter in a safe place, because I always thought that the private equity companies would spin us off and there would be IPO,” said Motta. “Some people thought it was a dead deal, but I always felt they would honor it.”

Motta says Luther initiated the original concept of the G-6 and worked with representatives of the new ownership team to approve the pre-IPO sale. Other terms requested by the G-6, including the inclusion of a franchisee on the Board of Directors, were discussed but ultimately rejected by Dunkin’ Brands.

“Because of the make-up of the G-6, we were truly independent of all entities and that gave us the ability to have productive dialogue with Luther and [former Dunkin’ Donuts President Will] Kussell,” Motta said.

In the weeks and months leading up to the agreement, G-6 members took two trips to New York to interview with potential buyers. Before those fact-finding missions, the group engaged Riparian Partners, a Rhode Island merger and acquisition advisory firm, to study the pending sale. “That helped us be sure we asked the right questions and were on the right course,” Motta said.

“The G-6 worked diligently to extract the maximum benefit for the franchisees during what many franchisees perceived as a potentially perilous transition period. While I remain proud of our efforts, I—for one—was not completely satisfied with our results.”

In a statement to DDIFO, Luther, who is now non-executive Chairman of the Board of Dunkin’ Brands said, “The Dunkin’ Donuts and Baskin-Robbins brands were built one franchisee at a time, and hence the company felt it was important to offer this program.  We were very pleased with the participation from our corporate employees and the franchise community, and we look forward to writing the next history of our chapter together.”

Since its blockbuster opening where it jumped more than 50 percent over its $19 per share initial price at one point, Dunkin’ Donuts stock—traded under the symbol DNKN—has traded at around $25 per share.

According to Lynn Cowan, a reporter for the Wall St. Journal, “Analysts caution that the company’s debt level is high and its valuation is steep compared with other quick-service chains that court a breakfast crowd. Dunkin’ Brands is entirely franchised, so those mom-and-pop shop owners are responsible for most of the costs to launch and maintain doughnut and ice cream shops. The result is higher operating margins and a richer stock valuation compared to company-owned store model favored by Starbucks.”

According to an unscientific survey of DDIFO members, 62 percent said they were planning to purchase DNKN stock at the IPO. A subsequent survey finds that 30 percent have since sold their shares.

Just weeks after the IPO, Dunkin’ Brands began its process of reporting quarterly earnings to its shareholders. For the second quarter, Dunkin’ reported a profit of $17.2 million, down from $17.3 million a year earlier. Revenue rose 4.4% to $157 million, and its operating margin widened to 39.3% from 38.4% though operating expenses were slightly higher.

Even as analysts spin the earnings reports and Dunkin’ Brands’ leadership charts its expansion course across America, Motta believes franchisees will continue their focus on day to day operations and the strengths that have built Dunkin’.

“Franchisees are still going to be focused on customer service and unit profitability,” he said.