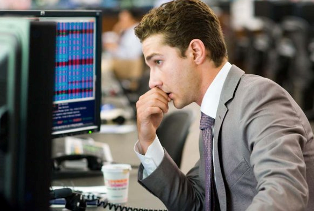 Georg Szalai reports at ABC News Entertainment that Oliver Stone said Wednesday that his “Wall Street” sequel benefited “enormously” from product placement, which helped expand a tight budget without compromising the integrity of the film.

The 20th Century Fox release, budgeted at about $60 million, took the top spot at the North American box office last weekend with a good-but-not-great opening of $19 million.

“Fox is known as a tight studio,” he said. “We needed help, and we took it where we could without, I think, prostituting the movie.

“No big, big cash, no Gillette shaving cream,” he added. “There was no scene that we did out of the way specifically to accommodate.”

All the sponsor support “helped us enormously,” he said. Corporate partners included Dunkin’ Donuts, Ducati, tech firms, and hedge fund firm SkyBridge. Starbucks wanted to come on board, but couldn’t because there was already a relationship with Dunkin’ Donuts.

After doing his second “Wall Street” movie, Stone said he was not depressed about the country’s prospects in the wake of the financial crisis. Everything’s cyclical, he argued.