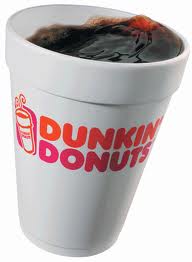 The Canton, Mass.-based doughnut seller signed a franchise agreement to open 36 locations in central and southern Milwaukee and additional restaurants in southeast Wisconsin, according to a statement from the franchisees who will run the additional Wisconsin locations.

During the first half of 2010, Dunkin’ Donuts franchisees opened 75 locations in the United States and 338 worldwide. The company, which is owned by three private equity firms, Bain Capital, Thomas H. Lee Partners and The Carlyle Group, is almost entirely made up of franchises, with more than 6,500 locations in the U.S. and about 9,000 worldwide, said Grant Benson, vice president of franchising and market planning.

Milwaukee Coffee Brewing Co., headed by Mark Cafua, is seeking to open restaurants by next summer in Milwaukee, Racine, Kenosha, Waukesha, Walworth and Jefferson counties, Benson said. Cafua did not return a call seeking details of the plan.

“What it’s really about is selling coffee,” Benson said, referring to the company’s competitive strategy. The restaurants draw customers early in the day for coffee as well as breakfast sandwiches, while cold drinks attract people later in the day, he said.