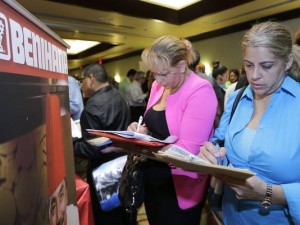 There was more encouraging news on the economic front this week as the nation’s economy added 214,000 new jobs in the month of October – reportedly the ninth straight month of 200,000 plus new jobs.  At the same time, the Department of Labor reported last week that the nation’s unemployment rate in October fell to 5.8%, the lowest it has been since the recession hit back in 2008, while the underemployment rate (including discouraged and part-time workers) fell from 11.8% to 11.5%.  The one “fly in the ointment” of the overall positive nature of the report was the weak increase in the average hourly wage reported – up only 3 cents in October to $24.57, a mere 2% above the average wage from October 2013 and just slightly ahead of the 1.7% inflation rate for the same period.  Watch for these numbers to be used as ammunition in the coming months in additional minimum wage battles.