This month, the Equal Employment Opportunity Commission (the “Commission” or “EEOC”) released its enforcement and litigation statistics for the fiscal year ending September 30, 2011.  According to the report, fiscal year 2011 was a record-breaking year for the Commission in several ways.

First, the EEOC received 99,947 discrimination charges from private sector employees, the most charges the Commission has received in any fisc 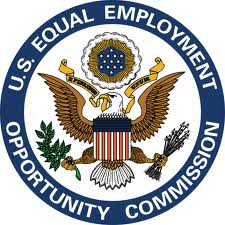 The report also states that litigation by the Commission has increased.  In fiscal year 2011, the EEOC filed 300 lawsuits in Federal district courts, including 261 so-called “merit suits” alleging violations of the substantive provisions of the statutes enforced by the EEOC and suits to enforce administrative settlements, as well as 39 actions seeking subpoena enforcement or other preliminary relief.

These new statistics highlight several areas of concern for employers.  The record-setting number of discrimination complaints filed with the EEOC indicates that employee complaints of discrimination have not slowed down and, in fact, may continue to rise.  Accordingly, employers must be educated about Federal antidiscrimination laws so that they can identify and avoid possible claims of discrimination in the workplace.  Furthermore, the prominence of retaliation claims among charges filed in 2011 suggests that employers must be adequately trained on how to handle its interactions with employees who have engaged in activity protected by Federal antidiscrimination laws.  Moreover, given the increase in religious and national origin discrimination claims, employers should be prepared to handle issues of religion and national origin in the workplace, including but not limited to complicated issues like providing employees with religious accommodations.  Finally, increases in monetary relief obtained by the EEOC and litigation activity by the agency should caution employers about the costs associated with defending charges of discriminations and the need to properly document the legitimate, nondiscriminatory reasons for their actions so that they can successfully defend charges when they occur and minimize potential exposure.

This publication, which may be considered advertising under the ethical rules of certain jurisdictions, should not be construed as legal advice or a legal opinion on any specific facts or circumstances by Morgan, Brown & Joy, LLP and its attorneys.  This newsletter is intended for general information purposes only and you should consult an attorney concerning any specific legal questions you may have.