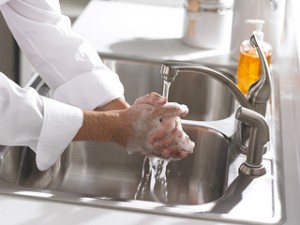 The government has come out with a number of guidance and other rulings over the past few weeks that you should be aware of, whether they will directly impact your business or not.  Being unaware of these new requirements and/or restrictions will be no defense if you are found in violation.  The Occupational Safety Hazards Administration (OSHA) has issued its final new Severe Injury Reporting Rule and it will be effective on January 1, 2015.  The new rule retains the existing reporting requirements for employers regarding work-related fatalities but will also now require employers to report all work-related in-patient hospitalizations within 24 hours of an event.  The current requirement only applies to amputations.  The Department of Labor Office of Federal Contract Compliance Programs recently issued a new directive reinforcing and clarifying the existing guidance on the basis of sex to include discrimination on the bases of gender identity and transgender status.  This particular guidance applies to those who have contracted or subcontracted with the federal government (for example, stores on military bases), but it may very well be a precursor of things to come, so you should be aware.  And if necessary to drive home the importance of being aware of possible discrimination, even when the intent may be innocent enough, we noted this week’s stories of a Dunkin’ franchise owner in North Carolina being sued for religious discrimination because of a rescinded job offer when the applicant refused to work over a particular timeframe because of religious beliefs.  The Equal Employment Opportunity Commission last week released this press release about the lawsuit.  The old adage about an ounce of prevention being worth a pound of cure springs to mind!  And speaking of prevention and cures, we remind you that the employer mandate will become effective this coming January, so you should be planning for that reality now.  Notwithstanding the promises of how the Affordable Care Act will ensure that all American will have health insurance, the US Census Bureau this week released a report showing that 42 million Americans (or 13.2% of our population) was without health insurance in 2013.  The insurance figures were contained in a report on poverty that showed the poverty rate for all Americans had dropped to 14.5% of the American population, the lowest level since 2006.