On National Donut Day, the first Friday in June, customers streamed into Dunkin’ Donuts locations across the country for a free and tasty treat. Dunkin’, which says it sells 2.7 billion donuts and Munchkins each year, is the number one retailer of donuts in America. And, long before people were lining up for their favorite chocolate-glazed or jelly-filled, central production locations were running at full capacity to bake fresh donuts for the give-away. One operator estimates his kitchen prepared three times its normal output in advance of National Donut Day. But central kitchens, which for 20 years have operated as franchisee-owned cooperatives supplying Dunkin’ shops in predetermined territories across major U.S. markets, now may be going the way of the old dunking donut with a handle—as their futures are threatened by changes to the agreement they must sign with Dunkin’ Brands.

One of the first kitchens was established by franchisees in Medford, Mass. The Medford CPL signed a franchise agreement with Dunkin’ Brands in 1997, according to one its directors, David Carvalho. (Some kitchens are identified as a central production location or CPL, while others are identified as a CML, or central manufacturing location.)

With its 20-year term expiring, Medford was expecting a renewal with terms similar to its current deal. But, according to Carvalho, many of the terms in the renewal agreement presented to Medford CPL were significantly different.

“We read this and we said this doesn’t apply to us. And [Dunkin’] said, ‘No this is the agreement.’”

Carvalho sent the agreement to the law firm of Lisa & Sousa, DDIFO’s General Counsel. Attorney Carl Lisa Sr. immediately recognized major changes to the language and wrote a memo for review by the association. Lisa says many of the CPL Renewal Agreement’s terms are “far reaching and onerous,” much like the terms of the March 2016 Franchise Agreement. That document was ultimately pulled off the table after significant franchisee pushback. The CPL Renewal agreement went directly to Carvalho before it was presented for review to the Brand Advisory Council, according to a BAC member who requested to remain anonymous.

An analysis of the CPL agreement provided to Independent Joe highlights four issues Lisa says reflect the one-sided nature of the terms: Term, Default, Protections for the brand and Franchisee involvement.

Franchisees reading the agreement will immediately notice a change in the way Dunkin’ Brands designates the CPL. Instead of classifying the kitchen as a franchise—with its co-op as the franchisee entity—the brand now refers to them as manufacturers. According to the memo prepared by Lisa & Sousa for DDIFO, “The current renewal agreement grants an ‘approval’ ‘to supply baked goods and other products…’ and refers to the kitchen entity as ‘Manufacturer.’”

But, more important than what they are called, is the very threat of not being able to operate for a period of time even close to what they are accustomed to. The current CPL Renewal Agreement calls for a term of five years, with one five-year option to renew.

Mark Dubinsky, who is president of a CPL in Methuen, Mass. and is a former member of the DDIFO board of directors, says he was completely stunned when he read the term offer in the agreement.

“I haven’t seen anything so unworkable, since Steve Horn was head of the legal department,” he says, in reference to Dunkin’s former general counsel at a time when Dunkin’ Donuts led the QSR sector in the number of lawsuits filed against its franchise owners. “The way I read it, it looks as if Dunkin’ is really down on CPL’s and they want to get them out of the system.”

Over the last 10 years, Dubinsky upgraded Methuen CPL from Level 3 to Level 4, a step that required a seven-figure investment. Dubinsky points out the loan was based on the plant’s prior financial performance and the amount of term left on its franchise agreement.

“A bank wouldn’t have loaned us the money with a five-year term. Reinvesting in the plant would have been very difficult with such a short-term agreement,” he says.

One possible explanation for the vastly different CPL Renewal Agreement, according to Lisa, is that it gives the brand the opportunity to expand the use of just-baked-on-demand, or JBOD donuts. According to Lisa, Dunkin’ Brands adopted a frozen donut platform as it expanded into emerging markets with small development areas.

“They couldn’t wait for the kitchens to develop and there wasn’t enough density in a development area to invest in a facility,” he says.

While industry observers say a partially cooked donut, warmed and finished on-site gives franchisees greater control over their inventory, they point out that Tim Hortons franchise owners saw their cost-per-donut triple when they transitioned from donuts they baked themselves to unfinished donuts they would heat up in their restaurants.

Dubinsky says he understands the value of a pre-cooked donut, “There are places where [CPLs] don’t make sense, like new and emerging markets, remote markets, where you can’t get the product to its destination and keep it fresh. JBOD makes sense there, but in developed markets like New England the [CPL] is the best solution.” 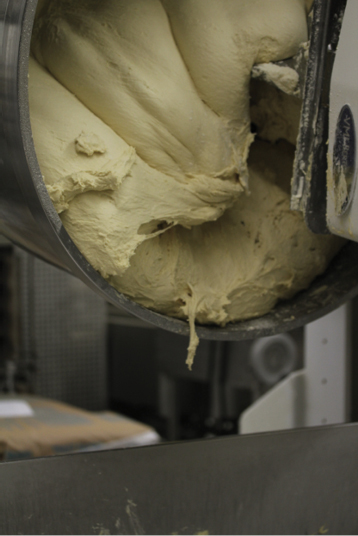 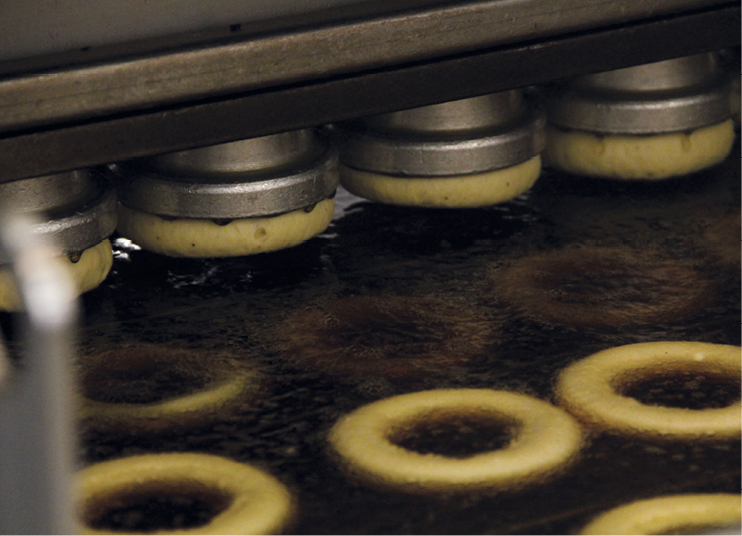 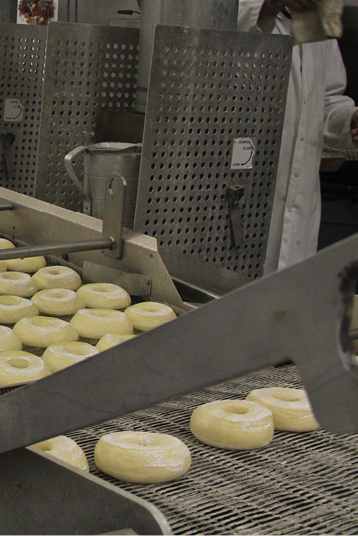 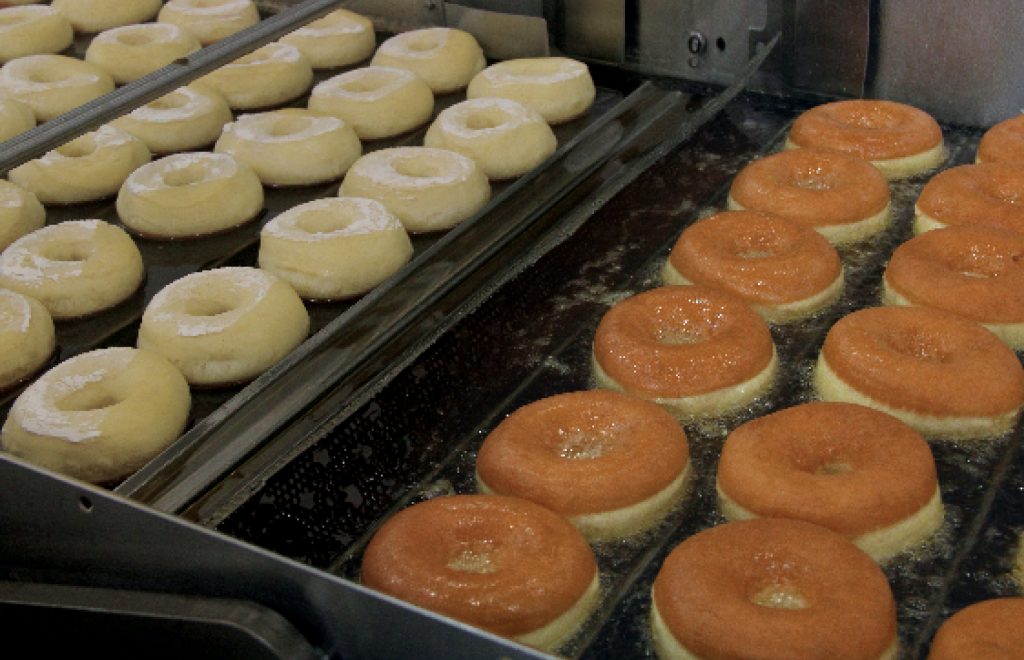 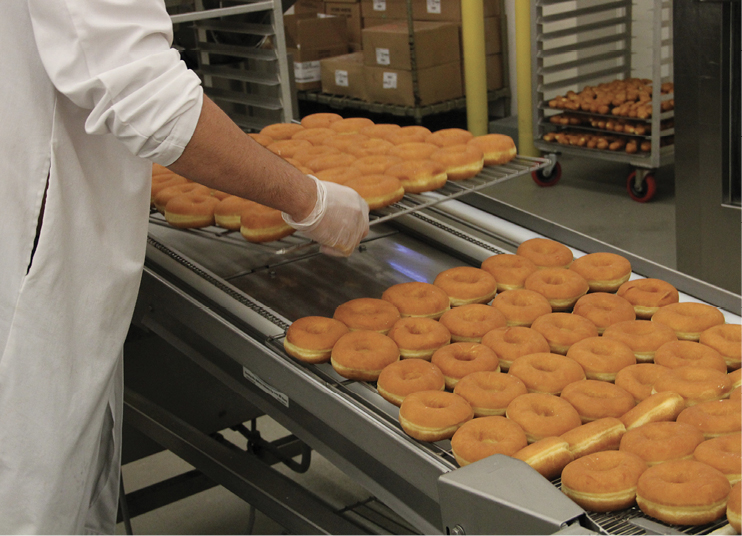 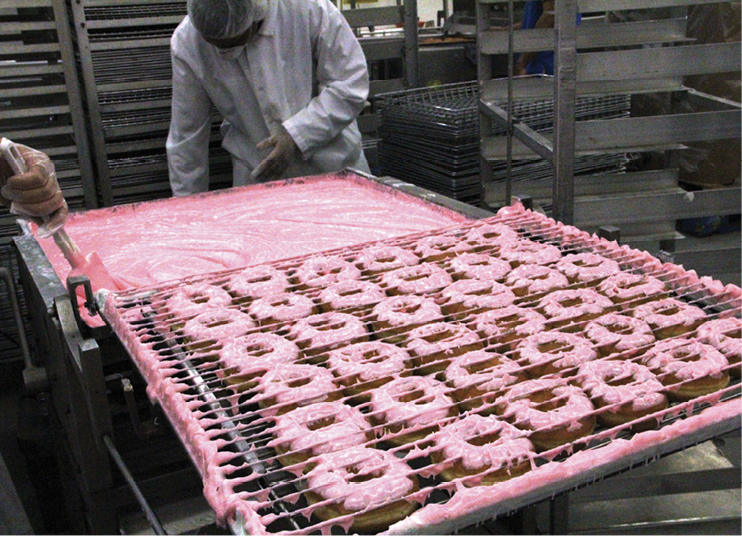 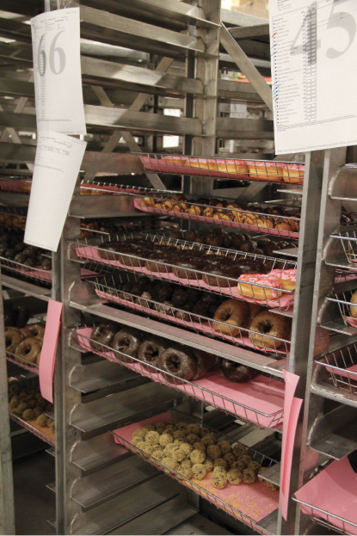 Another dramatic change to the language of the agreement can be found in the section covering defaults. It says that Dunkin’ Brands may “withdraw your approval and terminate this Agreement at any time upon written notice to you that you are in default under this Agreement, or any other Agreement between Franchisor and Manufacturer or Franchisor and any member or shareholder of Manufacturer, beyond any applicable cure period, if any.”

In Lisa’s words, “It appears that the franchisor has attempted to reserve the right to terminate or not renew the CPL agreement if there is an uncured default by a CPL member shop under such shop’s franchise agreement.”

Dubinsky says he is troubled by the changes Dunkin’ Brands is proposing to the default language.

“If we have 95 stores in our co-op and one shop is unfortunately substandard and has an uncured default, why would 94 other, compliant stores suffer for one rogue store, especially when other stores have no ownership or management interest in the one store with the uncured default? It’s crazy.”

Language in the proposed CPL Renewal Agreement spells out what some consider Dunkin’ Brands’ short-term horizon for using CPLs to supply shops with baked goods. It says the franchisor makes “…no commitment on its own behalf or on behalf of its franchisees to purchase, distribute, or to cause to be purchased or distributed any minimum amount of Products….”

According to Lisa, this language appears to be an attempt by Dunkin’ to create the ability to direct franchisees to purchase their products from an alternative supplier, such as a third-party delivery system, which would render CPLs idle. He says CPLs anticipated being able to renew their CPL Franchise Agreement upon terms similar to those found in their original CPL Franchise Agreement, but that is not what happened.

Carvalho believes Dunkin’ may have taken an existing Third-Party Agreement and amended it for CPLs without looking too closely at the language—or recognizing the difference between a third party provider and a franchisee-owned and operated cooperative. As an example, he points to the proposed language dictating what manufacturers may charge franchisees for their products. It should be a moot point for co-ops, since they are member-owned and any profits are returned to the owners, who agree on the costs they will pay for donut deliveries.

“If there is a third party making products for Dunkin’ Donuts shops, then that is a different story,” says Carvalho. “Then, I could see why there would be a pricing structure in there.”

That might explain why the BAC wasn’t afforded the chance to comment and offer suggestions on the Renewal Agreement. Or, it is a sign of things to come with regard to whom Dunkin’ Brands allows to make the donuts, which leads Lisa to characterize it as an indication of “Dunkin’s system of non-negotiation and one-sided changes.”