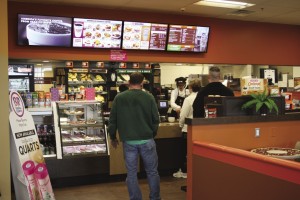 As various provisions of the Affordable Care Act (ACA) are implemented, franchise owners must stay vigilant learning about and preparing for compliance.

One aspect of the ACA that will impact all franchisees is Section 4205, which will require chain restaurants with 20 or more locations to list calorie content information on menu boards, including drive-thru menu boards. The new menu labeling requirements are scheduled to go into effect this spring.

Upon first hearing about the new menu labeling requirements, a busy small business owner’s mind might begin reeling: Where am I going to fit this information? Am I going to have to buy all new menu boards? Will I be forced to go digital? Will I have to shut down shops to make the transition? Will my guests stop buying donuts or stop coming into my shop altogether? And most importantly: What is all of this going to cost me?

Cities like New York and Philadelphia, and chains like Panera Bread and McDonald’s, have already implemented their own versions of calorie content menu labeling. In 2010, Panera became the first national chain to voluntarily post calories on all menu boards. New York City’s legislation went into effect mid-2008.

“Ultimately, you’ll find this is much easier and not at all as harmful as you thought it would be. Within a year of it going into effect, you won’t even be talking about it,” said Campbell. “It helps to try to appreciate that it does educate your guests and allow them to form their own opinions, and that’s great.”

In 2006 the NYC Health Department first proposed the legislation, which prompted two years of lawsuits and revisions before it was implemented. Campbell recalls his own concerns over the legislation and admits there were growing pains.

“It required a transition that involved a lot of shifting around of slats and magnets, font sizes and colors; and the combo meal gels provided their own unique challenges,” he said. “But we were heavily engaged as franchise leaders with Dunkin’ Brands and, given all of the factors—the newness, different interpretations—the brand got it right and the transition was as smooth as it could have been.”

Campbell said Dunkin’ Brands offered support not only by providing the actual standard information to be posted but also by leading negotiations with the city over challenging aspects of the law, providing training for franchise owners, even fighting the city on behalf of franchisees who were cited in the beginning of the process.

“The brand was very much in touch and really listened to the franchise owners. Their guidance and oversight was really good. They were on it as soon as possible and prepared better than other brands,” said Campbell. “Working together, the brand, the city and the franchisees worked it all out and no one in the Dunkin’ system was fined for any violations.”

A franchisee in New Hampshire and Virginia, John Motta, anticipates exactly that kind of brand support in the wake of new menu labeling regulations.

“I think that Dunkin’ Brands has this figured out already,” Motta says. “They will not make the boards a consumer nightmare with too much info; they will make it presentable. I trust they will make it work. They already had to do this in New York and Philly, and I have not heard any franchisees balk at having to do anything out of the ordinary.”

Campbell sees the Dunkin’ experience in NYC as a huge advantage leading up to implementation of the federal law. “The fact that the brand has been through this means they know the missteps and how to work with a government entity effectively. Cutting their teeth on this in New York City will help everyone.” 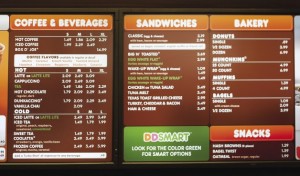 To digitize or not to digitize?

At a meeting in early March with franchisees, Dunkin’ Brands acknowledged the pending regulation and the role that digital menu boards could play.

According to one franchise owner who asked to remain anonymous, it seems digital menu boards are “going to be the future of all Dunkin’ locations.” He continued, “The brand made it a sell-in that investing in digital menu boards would make it easier to transition to showing the calorie content.”

For Campbell and other NYC franchise owners, there were no digital menu boards approved by Dunkin’ Brands at the time they had to post calories, and he admitted, “I can see how that would have made the transition much easier.”

Motta already has digital menu boards in one New Hampshire store and one Virginia location.

“The beauty of these boards is that you can program them with what you need to. I think they will be able to update the menu boards with the calorie counts and send them to us over the Ethernet line and it will appear. Without the digital menu boards, we will need to climb up and down ladders, take down the existing boards and add the calorie counts to each menu item, which is time consuming and a safety issue,” said Motta.

“It will be much easier to implement the calorie content on digital menu boards instead of ordering all new slats for the magnetic menu boards you currently see,” according to the anonymous franchise owner.

But digital isn’t presently an option for the drive-thru. Dunkin’ Brands has been testing a digital drive-thru menu board and has encountered problems. “The brand-owned store in Brockton has one in their drive-thru lane, but I know they have issues with sunlight and reflections,” the anonymous franchisee said. With such complications and cost-prohibitive pricing (anywhere from $20,000 to $40,000), no digital menu boards are approved for drive-thru use, so new slats and reconfigurations will be necessary. 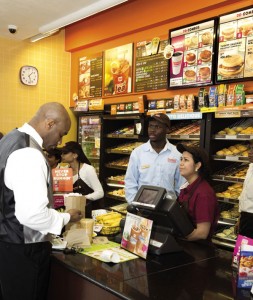 No matter the type of menu board, franchise owners will absorb costs associated with posting the required calorie information.

Franchisees say the cost of new digital interior menu boards is between $11,000 and $12,000. If you are replacing old menu boards with digital ones and need to add electricity and Ethernet, that will run another $2,000 or so. According to franchisees, price breaks are available now while Dunkin’ Brands is encouraging, but not yet requiring, digital boards. Pricing can drop a bit when franchisees order multiple boards at a time.

“I don’t see there being a huge cost impact in implementing the calorie content whether with digital menu boards or the regular magnetic boards. Sales are projected to grow 2.5% with digital menu boards, so you will see some growth in sales after that investment,” said one anonymous franchise owner. “The magnetic slats aren’t too expensive and if someone doesn’t want to purchase digital, that’s the way they should go.”

But what about costs in terms of lost sales if guests are influenced by the calorie information to switch from buying coffee and a donut or muffin to just the coffee?

According to Motta, “We all know which foods have higher calorie counts and which do not. Still, this new legislation may have an impact on our business as people will now see that some food items have a higher calorie count than they expected and not buy certain products.”

The anonymous franchisee doesn’t anticipate a significant impact on guest buying patterns. “We live in a transparent world with a highly educated population. Our nutritional information has been available for years and can be viewed online. I believe our customers already know more or less the caloric content of what they’re ordering and eating from Dunkin’ Donuts.”

“Initially, guests were buzzing about calories and we saw a shift in buying patterns, especially with certain muffins that surprised people. We saw guests switching from certain muffins to lower calorie donuts or from one type of donut to another. Some guests made a conscious and enduring shift to healthier options like our oatmeal and wraps, but this didn’t hurt sales; they’re still buying multiple items,” said Campbell. “Honestly, within six months, most people returned to their old patterns. We sold more donuts and muffins last year than ever before, and I haven’t even heard a guest mention calories in at least a year.”

Studies of consumer behavior before and after calories were posted on menus seem to support Campbell’s anecdotal experience. A Stanford University study conducted at Starbucks in the first year of calorie posting revealed a 6 percent reduction in calories per transaction but no substantial change in the chain’s revenue. A 2009 New York University study found, “Calorie information on menus appears to increase awareness of calorie content, but not necessarily the number of calories people purchase.” A study by The NPD Group on sit-down chain restaurants indicated largely the same.

Bonnie Riggs, NPD’s restaurant industry analyst and author of the report said, “In the short term, we expect consumers may react to calorie labeling with some shift in foods/beverages ordered, but expect that old behaviors will return in time. Operators may want to plan for some initial shift in product mix when the new menus are presented to consumers.”

“In the beginning, watch carefully your numbers on muffins and other higher-calorie items and adjust your inventory accordingly,” said Campbell. “Be sure to keep a close eye on it, so when your guests begin reverting back to old patterns, you’re ready to react.” 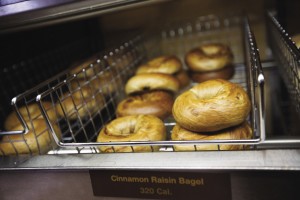 Scott Campbell, a New York City franchisee, says one year after menu labeling went into effect, customers are again ordering the same mix of products. “I haven’t even heard a guest mention calories in at least a year,” he said.

If the goal of new menu labeling regulations is to battle America’s obesity epidemic by changing consumer behavior (as was the original argument), a new study in the research journal Appetite should garner the federal government’s and the FDA’s attention.

It suggests context is key—that calories alone are of far less consequence than pairing calories with related physical activity information. The study indicates that the effect of “physical activity based labels” on consumer fast food meal selections is significant.

“People who received no nutritional information ordered the most caloric meals, while people who saw the distance they needed to walk to burn it off ordered meals that were 200 calories lighter.” It further found, “A menu that directly translates calories into physical activity may be the key to changing eating habits.”

But, from a practical perspective, pairing calories with physical activity information seems unrealistic if not impossible, especially in locations limited by space and already flooded with signage.

Referring to the calorie-only menu labels alone, Jeff Lenard of the National Association of Convenience Stores said, “In a small store like a convenience store, that is really putting a lot of signage all over the place. You just hit a point where words become noise, and that’s not good.”