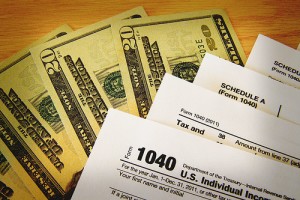 At long last, it appears that the so-called Tax Extender Bill has passed both branches of Congress and is awaiting the President’s approval!  Once the President signs the bill as expected, a host of tax credits will have been reinstated retroactively for 2014 – but believe it or not, they’ll expire again in another 12 days!!!   After some angst within Congress – conservative Republicans did not want to see the government funded through all of 2015 which the compromise provides, and liberal Democrats did not want the bill to move without agreement on increasing revenues and stopping revisions to the Dodd-Frank Act – enough members of both parties were willing to extend the tax credits for one year and look to work on other issues in the new Congress, come January.  The “Tax Increase Prevention Act of 2014” or so-called “Tax Extenders Bill”, was approved in the Senate by a bipartisan vote of 76 -16.  Eight republicans and eight democrats opposed the bill while another eight senators did not vote either way on the measure.  The final measure will retroactively extend the 15-year depreciation provision for restaurant and leasehold improvements, as well as the Work Opportunity Tax Credit, which gives employers incentives to hire from certain targeted groups of job seekers as well as a number of others.  Much work will need to be done in the next Congress to ensure the extension of the credits for 2015 and beyond if they are to have any kind of favorable economic impact.