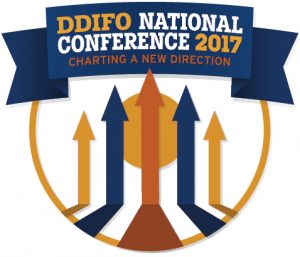 As the chief executive of a growing QSR brand, Don Fox has seen his share of wins and losses. He has overseen the expansion of Firehouse Subs as a successful franchise concept, and stepped up its marketing and advertising as well as its public safety foundation—donating millions to provide life-saving equipment to local public safety organizations. During the same period, he withstood a firestorm of criticism and sinking sales when the company temporarily stopped collecting ad fees, instead pressing individual franchise owners to purchase their own local advertising. On October 30, Fox will share his experiences with Dunkin’ Donuts franchise owners when he delivers the opening keynote address at the 2017 DDIFO National Conference at Foxwoods Resort and Casino in Connecticut.

“We are tremendously excited to have Don delivering our opening keynote,” says Ed Shanahan, DDIFO’s executive director. “He is a smart restaurant operator who understands the dynamic that exists between franchisees and their franchisor. I think our members will learn a lot from his address.”

The 2017 National Conference – which kicks off on October 30 and wraps up in time for trick-or-treating on October 31 – will draw franchisees from across the Dunkin’ footprint and offer them the chance to meet and mingle with other Dunkin’ operators; learn from experts in franchising and small business; and receive the latest updates on pending issues like Dunkin’s proposed Franchise Agreement and Manufacturer’s Agreement for central kitchens (see our article on page 24). DDIFO General Counsel Carl Lisa is already scheduled to address the conference with the latest updates on the status of those agreements.

DDIFO is also assembling a panel of franchisees to discuss the changing face of the QSR business and how younger generations of franchisees are tackling issues like technology, sustainability, real estate and investing. 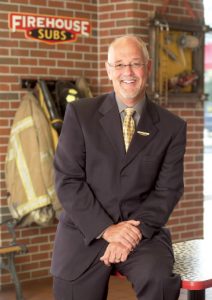 With a new administration in Washington, franchisees have a greater need for information about legislative debates over healthcare, wage laws and other regulatory issues than ever before. DDIFO will offer presentations on regulatory policy and government affairs at the conference as well, with an eye on how the Trump Administration is changing the playing field.

Attendees at the National Conference will have an opportunity to hear the insights of DDIFO Restaurant Analyst John Gordon. Wall Street’s perception of Dunkin’ keeps changing amid persistent rumors that the brand is for sale, and the hyper-competitive nature of the marketplace, which was highlighted recently by comments from Dunkin’ Brands CEO Nigel Travis that McDonald’s and Burger King have eaten into the brand’s afternoon sales.

For the past five years, DDIFO Executive Director Ed Shanahan has extended an invitation to Travis to speak at the National Conference. Once again this year, he has declined the offer. According to an email from Karen Raskopf, Dunkin’ Brands’ chief communications officer, “[Nigel] is unavailable on those days, but thank you for the invitation.”

One of the true highlights of the National Conference is the opportunity to celebrate the success of individual franchise owners nominated by the DDIFO Hall of Fame Committee and inducted into the Franchise Owners Hall of Fame. At this writing, the committee is narrowing down its list of finalists and preparing an announcement of the 2017 inductees. (DDIFO will alert the franchisee community in an email announcement later this summer.) The Hall of Fame celebration will occur over lunch on Tuesday October 31, instead of a traditional dinner, in order to accommodate franchisees who want to get home in time for Halloween festivities in their local communities.

Registration is already open for franchisees and DDIFO business members through the DDIFO.org website; you can click on the Events button to get started. Business Member Coordinator Joan Gould says many companies have already signed up for what is fast becoming a limited amount of space in the Franchise Solutions Marketplace.

When asked why they value the time they spend at the DDIFO National Conference, franchisees typically say they enjoy the chance to get away from the day-to-day operations of their shops to convene in an environment safe from the scrutiny of their brand, to share knowledge and camaraderie. This year, as new questions swirl about the status of franchise agreements, future ownership and management of the Dunkin’ Donuts brand and uncertainty in Washington, franchisees have more reasons than ever to plan a trip to the Connecticut woods this October.