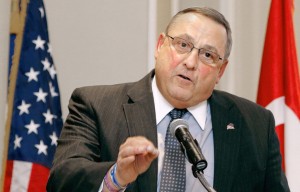 Notwithstanding efforts by “zealous advocates for social change” and others around the country, we’re encouraged now and then to see public officials advocating a return to a freer economic market that can produce real economic benefits.  In that vein, so-called Right to Work legislation appears to be gaining ground in a couple of different states.  Although there is no specific proposal circulating yet, it is reported that Wisconsin Senate Majority Leader Scott Fitzgerald is planning on filing a bill to be considered in the Wisconsin legislature early in the new session.  Wisconsin Governor Scott Walker, a potential candidate for the Republican Presidential nomination, has not indicated whether he would sign such a bill, calling the discussion a “distraction”.  Back on the east coast, the legislative agenda of Maine’s re-elected Republican Governor Paul LePage contains a couple of placeholder bills that are expected to be Right-To-Work proposals, similar to those filed during his first term, but rejected outright by the then democratic-controlled legislature.  The Maine Senate is now controlled by the republicans, while the House is in democratic hands.  There are currently 24 states across the country which have Right-To-Work laws on the books.  A map listing those states is available here.