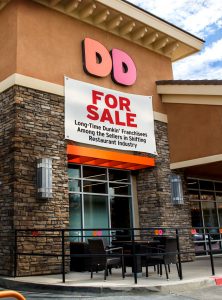 In mid-January, the law firm Paris Ackerman announced the acquisition and financing of 47 Dunkin’ franchised restaurants in Southeast Florida. That came a week after the firm announced the acquisition and financing of 11 Dunkin’s – and five parcels of real estate – in New York. At the end of January, the firm announced it represented the buyer of three more Dunkin’s in Florida. While ownership transfers within top-tier restaurant brands are common, there are signs that turnover within the Dunkin’ system is prompting a shift in the ownership ranks of one of America’s oldest and most storied brands.

“It’s tough to operate a restaurant these days. If you’re towards the end of your career, and you’ve made a decent living, you could sell them and retire,” says Jonathan Maze, Executive Editor of Restaurant Business magazine, who calls ownership transfers part of the natural evolution of things. “It’s inevitable. It can inject some new life into a system. You tend to lose some experienced operators and that can be an issue.”

Dan Connelly, an investment banker with C Squared Advisors who has 20 years of experience in restaurant mergers and acquisitions, says the landscape today shows more sellers than buyers, largely because sellers are asking more for their restaurants than the market is willing to bear. 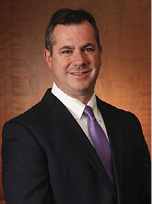 “Dunkin’ shops have strong valuations given the strength of the brand and economics of the stores. It’s better than most Tier 1 chains,” he says. “The high beverage mix generates higher profit than burgers and fries. But, buyers need to appreciate the remodel requirements and labor pressures that the buyer will inherent when assessing sales price expectations.” (Connelly has been Chairman of DDIFO since 2011).

But, restaurants in general are facing significant challenges in 2020. According to the restaurant technology company Toast, “Restaurants are up against more than they ever have been. While margins are as thin as ever, labor, food, regulation and competition continue to rise.” But, franchisees in the Dunkin’ system are staring down another major issue—one that is a prominent talking point around any ownership transfer. The brand’s migration to the “Next Generation” concept is

“Right now, you still see [Dunkin’ stores sold at] 6x to 9x of EBITDA, with higher numbers coming in core markets,” says Ackerman, whose firm has recently represented clients buying and selling Wendy’s, Papa John’s and Taco Bell restaurants. “The multiples are good, but the out-of-pocket costs for buyers is higher at closing because of new CapX requirements.”

Converting a standard Dunkin’ restaurant to a Next Gen model can cost more than $350,000, according to Paris. A buyer considering a multi-unit deal has to consider whether the price to buy a shop, plus pending capital expenditures and the associated debt load, will yield enough return on investment to make a deal work.

“Franchisees are looking at the economics of the Next Gen image and asking themselves, ‘What are costs and benefits when I sell?’” says Connelly. “If you’re in the market, it’s important to give it the proper weight. Right now, the jury is still out as more data points are being collected as Next Gen stores are developed and remodeled.”

On its most recent earnings call, Dunkin’ Brands CEO Dave Hoffmann equated Next Gen with the “transformation that needed to take place” branding Dunkin’ as a beverage-led brand, and predicted “Dunkin’ U.S. franchisees will open between 200-250 net new units annually over the next three years.”

At the same time, COO Scott Murphy gave hope the brand’s “value-engineering” effort will begin to yield lower costs for future remodels. “We’re really finally locking in the pieces of equipment and the components, and now we’re using our partners at our supply chain group to go contract out for those components, get the lowest cost we can so that we can release it,” he reported to investors.

Dunkin’ has been stepping up to help franchisees defray the cost of converting to new espresso machines and digital coffee brewers, instituting a cost share program designed to save them tens of thousands of dollars. Still, the challenge of opening a shop – especially in an emerging market like Indiana or Arizona – then developing a beverage mix greater than 50 percent has been too much for some operators.

According to Paris, some people who went into newer markets are having trouble selling their stores, adding to the available inventory. “What’s surprising to me is the amount of available inventory in New England right now. That’s not typical,” he said, adding his firm is seeing the most activity in New York and Florida.

Connelly believes turnover is being prompted by franchisees who have no succession plan in place. “There’s an aging of the franchisee base,” he says. “Folks who don’t have the next generation lined up to take over are looking to liquify their holdings.” But, he admits, finding the buyer is taking longer, because buyers are not just looking at top-line sales. Connelly says they are also aware of how sales mix and labor costs differ regionally. “Numbers that make sense in one market don’t always transfer.”

Maze says remodels tend to complicate things because sellers always think their business is more valuable than it really is. Yet the fact remains, there has been an “enormous amount of turnover in restaurant systems over last few years.” He believes McDonald’s is in a similar position to Dunkin’ having lurched through menu changes, big remodels and a number of long-time franchisees exiting the system.

“Dunkin’ is a legacy chain with concerns in the background. But I think what the company is doing is right. It started with menu simplification and then investing with franchisees in new equipment.” If the brand can convince customers in other markets Dunkin’ truly is a beverage company, Maze says, sellers will start getting the multiples they’re seeking.