By Ed ShanahanPublished July 1, 2021Category From the Executive Director 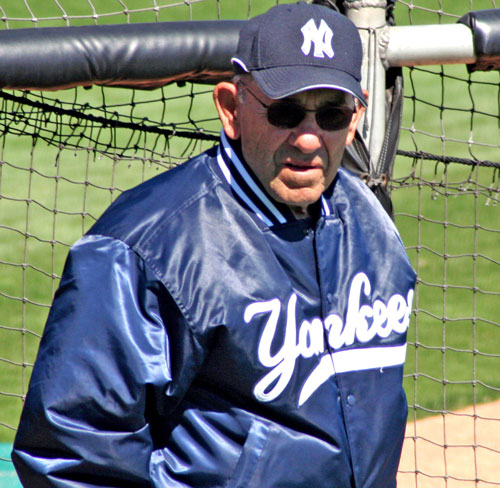 Thankfully the worst of the coronavirus pandemic – with its requisite business restrictions, lockdowns and mask mandates – appears to be contained to our rear view mirror. So, as we settle in to something that resembles ‘normal’, I thought this would be an opportune time for us to look at how franchisor/franchisee relationships are holding up. And, since we are currently in the heart of baseball season, I thought it appropriate to find perspective in the
words of the late New York Yankee great, Yogi Berra.

One of Yogi’s more famous quotes was, “You can observe a lot by just watching.” And, if you’ve been watching the most recent problems with the Subway brand play out, then you have indeed observed a lot.

In case you have missed it, Subway has made a number of unilateral changes to its franchise agreement over the past several months—all of which have been to the detriment of the sandwich giant’s franchise owners. First off, the company increased its standard royalty payment to 10%, but offered franchisees the opportunity to stay at the current 8% royalty if they’re willing to accept other additional restrictions on their operation. As a point of reference, in 2018 FRANdata put the average QSR royalty fee at 5.3%.

Yogi once said, “You don’t have to swing hard to hit a home run. If you’ve got the timing, it’ll go.”

The timing couldn’t be worse for Subway franchisees. As the company undergoes a “brand refresh” going forward, corporate will determine each franchised unit’s hours of operation. If a franchisee closes his or her Subway location for any two days in a 12-month period, the corporation will terminate their agreement—regardless of the reason for the closure. And of course, the brand refresh isn’t coming cheap. Franchisees are on the hook for a slew of new fees on top of their high royalty. There is a new technology fee ($35/month), a “legacy support fee” ($200/month) and a new “digital menu board fee” ($155/month).

At this point, Yogi might say, “We made too many wrong mistakes.”

In addition, franchisees are being pitted against each other – or more accurately, regular franchisees are pitted against the ‘chosen ones’ (also known as Business Development Agents or BDAs), who have the power to put an existing franchisee out of business with inspection failures and then purchase the closed store from corporate without missing a beat. And, if that weren’t enough, the latest iteration of the Subway franchise agreement includes a new “lost royalties” provision, which forces early-terminated stores to forfeit all furniture or equipment containing a Subway logo and pay estimated royalties through the original termination date. The new franchise agreement also essentially imposes a gag order on franchisees so they cannot talk publicly about how these changes affect them.

Yogi would advise: “You’ve got to be very careful if you don’t know where you are going, because you might not get there.”

Subway franchisees have responded by sending letters to Subway’s billionaire owner Elisabeth DeLuca (widow of founder Fred DeLuca). The letters reiterate to DeLuca that a well-run franchise is a partnership and request she intervene with corporate executives who are running roughshod over their stores and their livelihood. But the letters appear to have been ignored. The silence of DeLuca’s non-response has been deafening to the franchise owners.

Yogi might have warned Subway franchisees that “The future ain’t what it used to be.”

It is unclear how these developments will further harm the once-mighty Subway moniker. Before Fred DeLuca’s death in 2015, Subway was among the fastest growing QSR franchises. Just a few years ago, its U.S. store count was 27,000; today it is around 22,000. For Dunkin’ operators, this should serve as a cautionary tale of how quickly a franchisee/franchisor partnership can sour. Subway’s problems are not unique in franchising, but over the last decade, Dunkin’ has largely sidestepped such warlike behavior. Dunkin’ has enjoyed one of most stable and symbiotic partnerships in the fast-food business, and it has paid great dividends to all its partners. But as we have seen with Subway, such stability can be lost in a heartbeat.

As Yogi once cautioned, “It ain’t over, till it’s over!”

As many of us well remember, there was a time when Dunkin’ [Donuts] targeted franchisees for termination in order to burnish their royalty fee receipts. More recently, the brand has pitted franchisees against each other with new store developments that encroach on existing units (think BJ’s Wholesale). But today, Dunkin’ executives are sprinkled throughout the C-Suite and elsewhere within Inspire Brands’ Atlanta headquarters and Dunkin’ leadership remains focused on nurturing its strong partnership—not only to keep Dunkin’ running, but also to possibly convince Dunkin’ operators to consider developing other Inspire Brands. (You can read more about that strategy on p.10)

The dark days of the pandemic are (hopefully) behind us and Dunkin’ franchisees are looking forward to brighter days ahead. Against that backdrop, the last Yogi-ism we want to hear is: “It’s like déjà vu, all over again!”