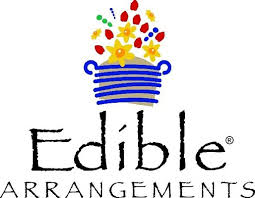 Luther Turmelle of the Middletown Press reports that a group representing about 170 Edible Arrangements franchisees filed a lawsuit Monday in federal court against the Wallingford-based company and several affiliated businesses.

The lawsuit filed by the EA Independent Franchisee Association contends that Edible Arrangements, which makes “floral” fruit arrangements, has altered its business arrangement with its franchisees over the last several years, said Justin Klein, a New Jersey-based lawyer representing the group. As a result, the franchisees claim they have seen expenses increase because of new mandates implemented by Edible Arrangements.

“The mandates that the franchisor is requiring the franchisees to implement is in violation of its contractual obligations and general principles of fairness,” Klein said. He hopes the case will go to trial sometime in 2011.

Some of the changes Klein said the company has made, which franchisees oppose, are:

Requiring individual franchises to use approved produce vendors, regardless of whether a store owner has a long-standing arrangement with a local vendor. In some cases, the geographic location of a franchisee makes it difficult for them to get fresh produce in a timely manner.

Making all franchisees have Sunday hours.

Requiring franchisees to buy new computer and software system directly from Edible Arrangements rather than another vendor offering a lower price.

Requiring franchisees to share their customer lists with Edible Arrangements.

Requiring that the company’s share of online revenue from online orders be 80 percent, whereas individual franchisees used to receive 100 percent. The franchisees now get 20 percent.

EA Independent Franchisee Association has been in existence for about a year and includes some Connecticut franchisees, Klein said, although he declined to identify any who are participating in the lawsuit. There are 32 Edible Arrangements stores in Connecticut, including eight in the New Haven area.

Matt Baldini, an Edible Arrangements spokesman, said company officials are aware of the lawsuit, but have no comment.

Michael Seid, a West Hartford-based franchising consultant and author of Franchising for Dummies, is skeptical of the claims made by the EA Independent Franchisee Association.

“You have to remember that these agreements have to be marketable; if an agreement is too one-sided, nobody would sign it,” said Seid, who has done work for Edible Arrangements before.

Seid said it’s not unusual for franchisors to change the terms of an agreement with franchisees after a few years. “Franchise systems evolve all the time; if they didn’t, they would go out of business,” he said. “And in economic times like these, the franchisees don’t like change.”