While the franchisee operates four stores in northwest suburban Chicago (with two more stores under construction), he also has a unique perspective amongst his peers, having spent 11 years on the corporate side of Dunkin’ Brands before becoming a franchise owner in 2007.

“In the eyes of some of the legacy franchisees, I still probably qualify as a rookie,” jokes Gramm, “and I’ve been in the QSR business since 1969.” But he says it wasn’t until he had the opportunity to join Dunkin’ in 1996 that he understood the power of the franchise model itself – and the power of Dunkin’ Donuts.

“I think the dominance of Dunkin’ in New England and the relationship of the operators to the franchise was not only powerful, it was aspirational.”

Gramm began his Dunkin’ Donuts career as a general manager in Boston, initially overseeing operations for western Mass., Rhode Island, Connecticut, New Hampshire and Vermont before lending his expertise to the Mid-Atlantic and Midwest regions. He came to Dunkin’ Donuts after working in QSR for decades, running business units for PepsiCo’s Kentucky Fried Chicken division, which he says grounded him in the QSR business. But the Chicago native had no idea how deeply imbedded Dunkin’ was in the lives of the New England populace when he first came on board.

“The customer association was really eye opening, because they not only used it – they loved it. It was part of their culture, and this was something I was not aware of.” recalls Gramm. “[Dunkin’] was that morning ritual, where the average user within Dunkin’ Donuts was someone who used the brand 7-8 times a week. And that’s magical in the QSR business.”

Once Dunkin’ Brands asked Gramm to move back to the Midwest and try to build that strength of brand loyalty, he learned that the business in the Midwest was vastly different than it was in New England.

“You didn’t have that ritual business [that New England had], so it was about changing that morning ritual and the ways that people used this brand in the Midwest and Mid-Atlantic,” says Gramm. “That was the leadership challenge as we tried to grow the brand.”

It was during his time in the Midwest that the idea of becoming a franchisee himself began to crystalize. His responsibility as a senior market manager was to translate his Boston experience to the Greater Chicago area, and “it wasn’t really just about branding, it was about the emotional connection to the brand that had to be translated,” Gramm remembers. One of his responsibilities was to conduct franchisee meetings in the region, and in his first year in that capacity he realized that he, too, wanted to become a franchisee.

“My experience as a [Dunkin’] franchisee was nonexistent, so this was the first opportunity I had to really see the wealth-building and the organizational-building opportunities that existed within this franchise company,” says Gramm. “I think it was at the first franchisee meeting here in Chicago, and one of the things I shared was the fact that I would be a franchisee someday.”

For Gramm, that “someday” was actually a return to his roots. After college, his intent was to go to work for Geocaris & Company, a large Schlitz beer distributorship for whom he had worked for years. But the owner told him he had a better deal for him, so his first job was working for Barnaby’s Family Inns, a pizza and beer by the pitcher family casual restaurant owned by Geocaris. It was one of the early franchises, and when he began, they only had three operating stores. Barnaby’s was soon franchised throughout the Midwest as well as Florida and Denver, and six months later he was working as the trainer and manager for new store openings.

Gramm spent three years in that capacity before becoming the director of marketing, but after a few years, purchased and ran his own store. When Bally Manufacturing bought the 24-store chain in 1981 and converted the outlets into arcade-pizza parlors, Gramm went to work for PaineWebber and Company as an analyst for a short time before landing back in the QSR business with Kentucky Fried Chicken.

“Leading large business units at KFC, Pepsico and Dunkin’ Brands was meaningful and challenging and all those kinds of things the corporate experience could be, but since I owned my own family casual business early on in my career, I knew that touching that business every day was something that was exhilarating, and I knew that the Dunkin’ franchise model would provide that opportunity,” say Gramm.

So he bought a single Dunkin’ restaurant – an 1100 square-foot inline store in a shopping center – and signed a development agreement to build three other shops. Gramm now has four stores, including two 2100 square-foot locations with drive-thru service and exterior patio seating under construction. The stores are all clustered in a 15 mile radius within Lake County, just north of Chicago. Gramm says he can visit the four operating stores as well as the two under construction in less than two hours.

“Knowing that I always wanted to be a franchise owner, and going back to defining in my own mind what that business unit would look like, it was my intent to create a five to six store network where I could be very hands-on every day,” says Gramm.

One of the advantages to having worked on the corporate side was that he was able to gain an understanding of why some franchisees failed and why others were successful. The hallmarks of the successful franchisees, according to Gramm, was that they planned well, had a very good understanding and vison of where they were and where they wanted to go from an organizational standpoint, then executed the plan well—all while building strong people relationships. He also observed that the number one reason for franchisees failing was that they overextended themselves, particularly in leadership competency.

“The temptation to grow [too fast] is very attractive,” asserts Gramm. “And for some, their ability to grow stores and grow networks was far greater than their ability to build competencies and build the organizational networks to be able to lead them.”

In addition to avoiding the things that contribute to failure and emulating the practices of successful franchisees, Gramm says that the single most important element to his success has been to develop a culture of engagement. “I truly believe that whether its small networks or large networks, it’s really about culture. We’re talking about interaction, the engagement across leadership teams, and engagement with the guests, hospitality, and guest satisfaction…all of those elements.”

He also believes that “all of the strategy and planning in the world mean nothing” if those plans are not actually put into practice in an organization’s culture. He’s quick to cite this quote by Theo Epstein, the Chicago Cubs general manager who assembled the team that ended a 108-year drought and won the 2016 World Series: “Culture eats strategy for breakfast.”

And although Gramm’s corporate days are behind him, he still has the ability to look at the big picture within Dunkin’ Brands. During his twenty-year career with Dunkin’, he saw the brand go from a simple coffee and donuts quick service model to something far more complex. “The last five years have been about the proliferation of products and menus and changing marketing positioning and multiple windows. What was once a simple business has become difficult to execute with excellence,” he observes.

At a recent road show for Dunkin’ franchisees, Gramm says his thoughts were validated when the brand revealed the results of an imaging research study it commissioned from an outside consulting firm. The study identified a discrepancy between how customers see Dunkin’ and how “we as brand leaders and franchisees see ourselves.” According to the research, customers see Dunkin’ as a food brand, whereas brand leaders and franchisees aspire to be a beverage company.

Despite the disconnect, Gramm says that he’s as bullish today as he has ever been. He believes Dunkin’ is taking the research findings to heart and addressing the issue. He is also grateful to have been a part of the Dunkin’ Donuts business – on both ends – for over two decades.

“I consider myself very fortunate in the sense that I’ve been a part of probably the most active period from the standpoint of innovation and change with the Dunkin’ Donuts 60-plus year history,” says Gramm. “Dunkin’ met all of my expectations, and as a constant reminder, I named our seven-year old rescue beagle Dunkin’.” 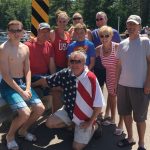 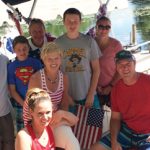 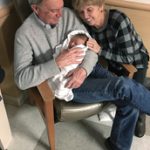 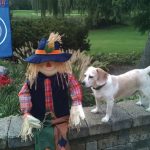