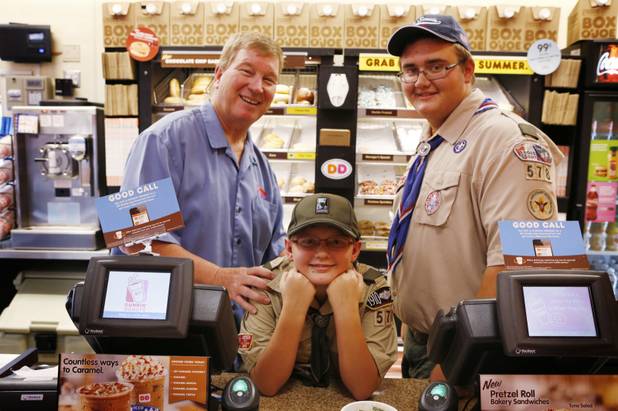 Vegas Inc. has named one of our own as one of their Unsung Heroes!  Franchisee Charlie Mootz was recognized by Las Vegas media as one of the unsung heroes of the Las Vegas Valley.  The Henderson, NV franchise owner volunteers a great deal of time and expends much effort on behalf of the Boy Scouts of Southern Nevada, Troop 420.  He has served as an assistant scoutmaster, a committee chairman and current member of the Sporting Clay Shoot, the Troop’s largest fundraiser.